When you pluck the strings of a guitar with your fingers, it makes a sound.

If you just pluck one string instead of playing on the guitar, it will sound the same whether a professional guitarist or an amateur plucks it.
The sound is always the same regardless of the player’s skill or the strength of the plucking force.

What are the characteristic vibrations of a string?

Since a guitar string has fixed ends, waves arriving at the ends will travel in the opposite direction with fixed end reflections.
As a result, the waves traveling toward the end and the waves reflected back at the end will overlap, creating a stationary wave in the string!

This stationary wave is the characteristic vibration of the string.
If you’ve forgotten what a standing wave is, let’s review!

Types of characteristic vibrations of strings

Now that we know that the natural vibration of a string is a stationary wave with nodes at both ends, let’s draw a diagram to better understand it.
If we note that in a stationary wave, the loops and nodes always alternate and are equally spaced, there are multiple possible patterns of characteristic vibrations in the string. 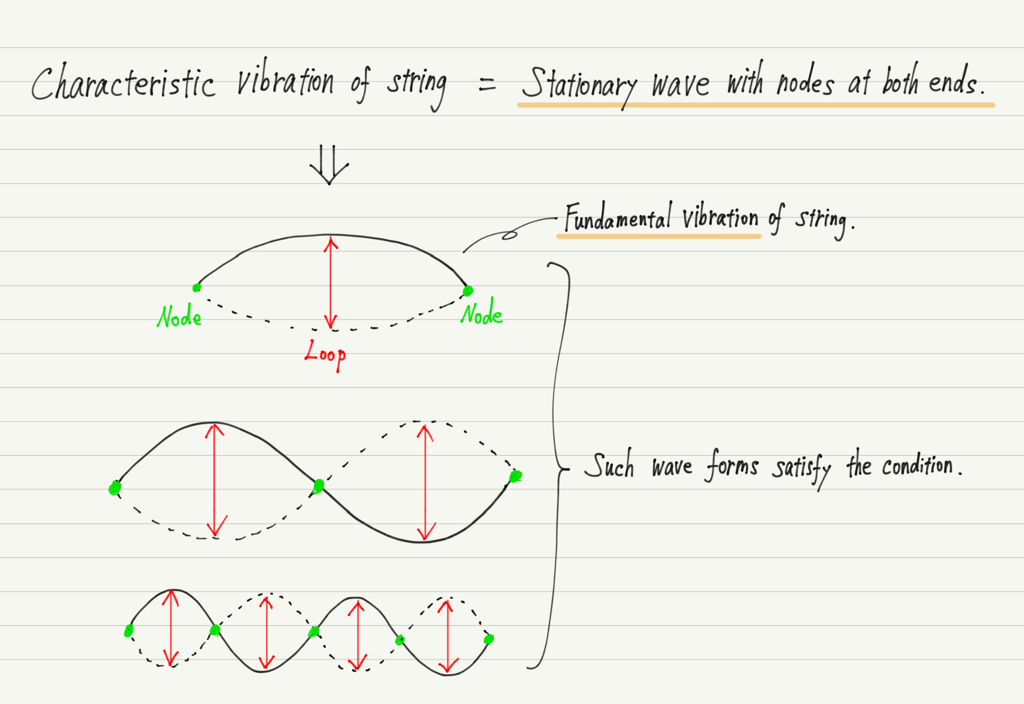 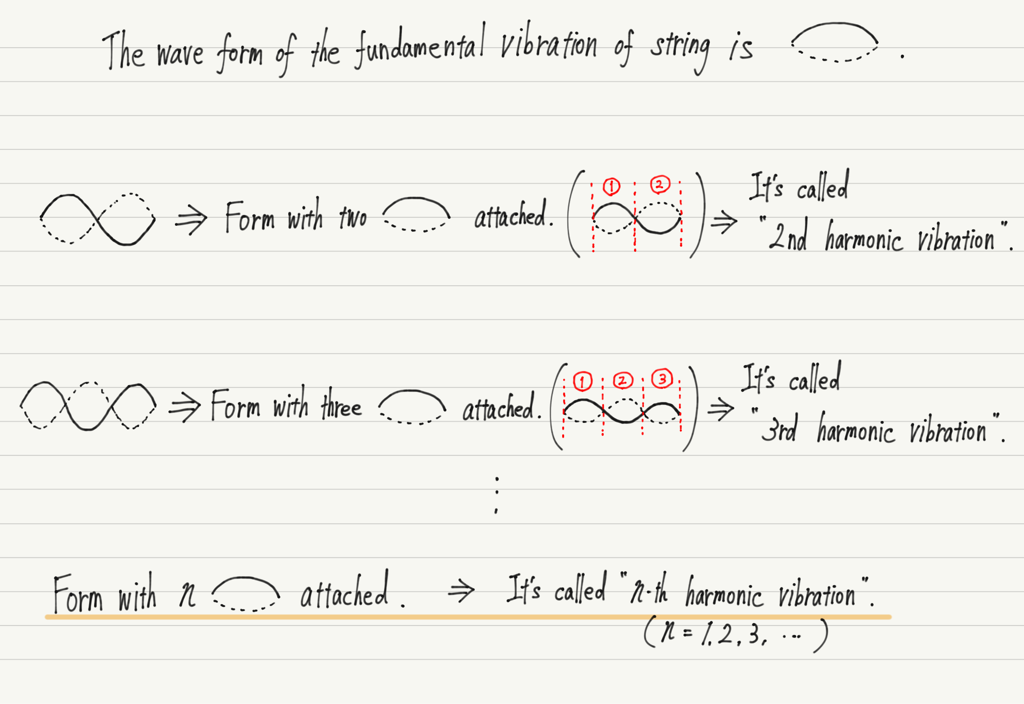 In stringed instruments, these vibrations are produced in the strings and mix to produce sound.

Consideration of characteristic vibrations of string

Let’s find the frequency (eigen frequency) of these vibrations in the string!

Let the length of the string be L, and consider the cases of fundamental, 2nd harmonic and 3rd harmonic vibration. 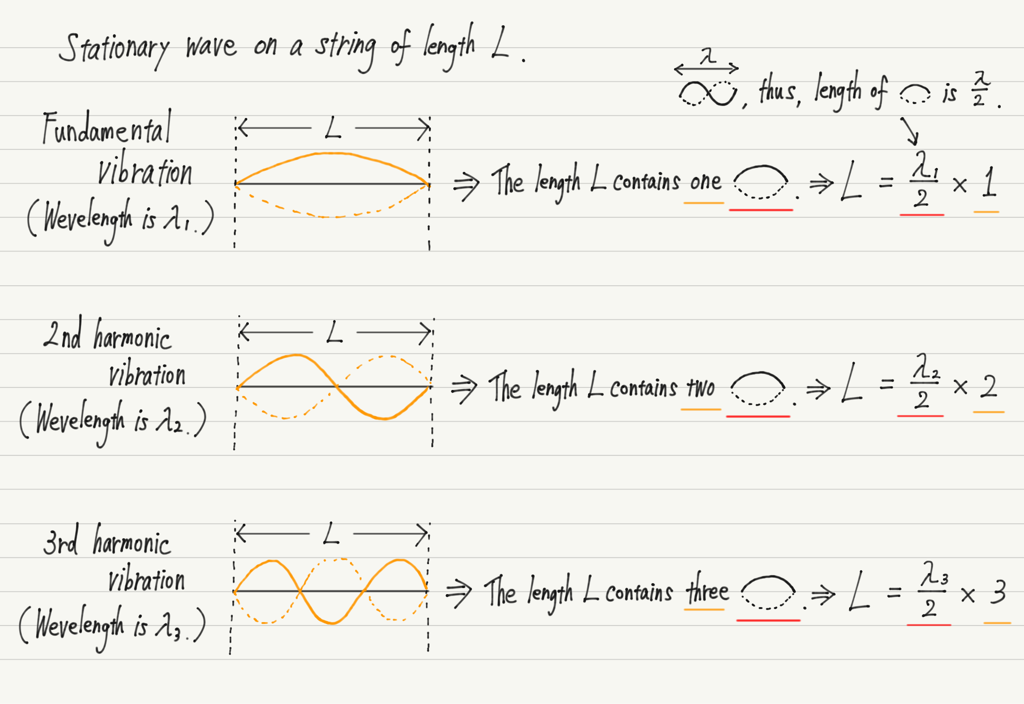 Thus, we obtain the equation relating the length of the string to the wavelength.
Now, once we know the wavelength, we can use v=fλ to find the frequency! 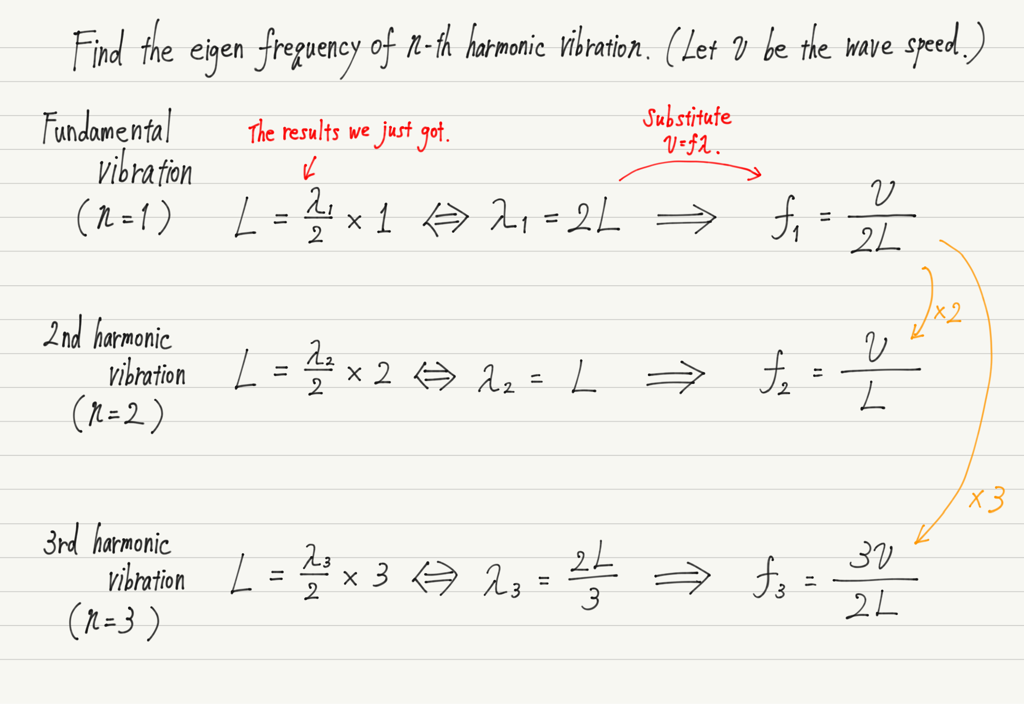 These are the eigen frequencies of fundamental, 2nd harmonic and 3rd harmonic vibration. 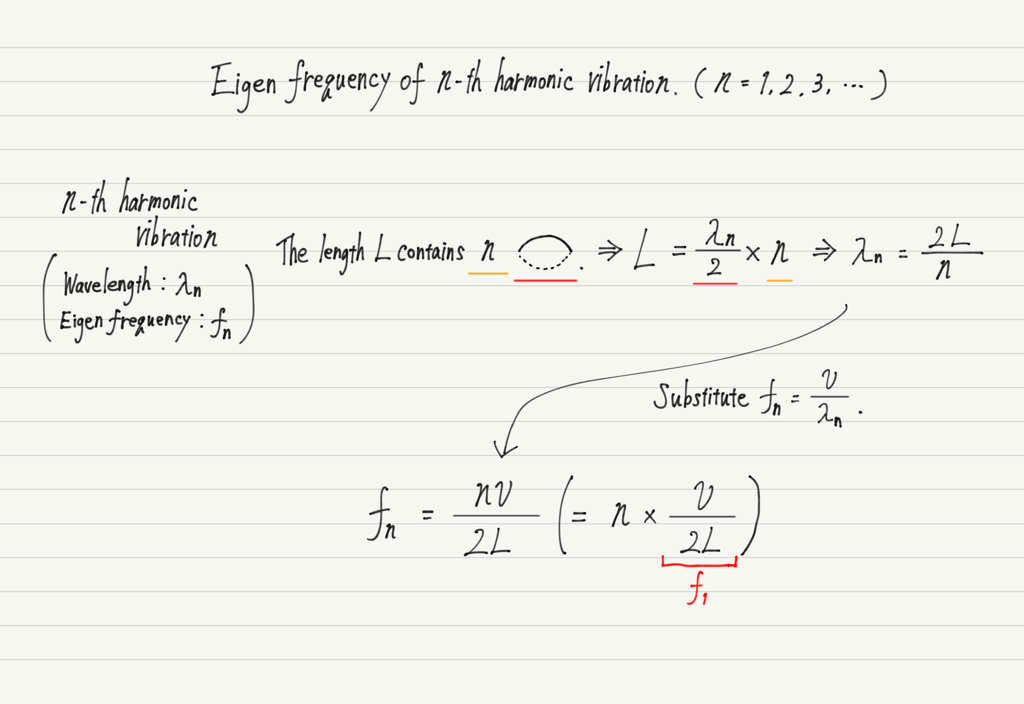 This is the eigen frequency of n-th harmonic vibration, which is indeed n times the fundamental vibration.

This eigen frequency equation should be understood, including the process of derivation!

Now that we have the expression for the eigen frequency of the string, let’s take a closer look.

When tuning the pitch of a stringed instrument, the tension of the string is increased or decreased, and this tension controls the speed of the wave.

The greater the mass of the string, the slower the wave propagates.
The reason the six strings of the guitar are of different thicknesses is that changing the scale requires changing the mass.

It’s amazing that so much can be learned about the principles of stringed instruments from just one eigen frequency equation! 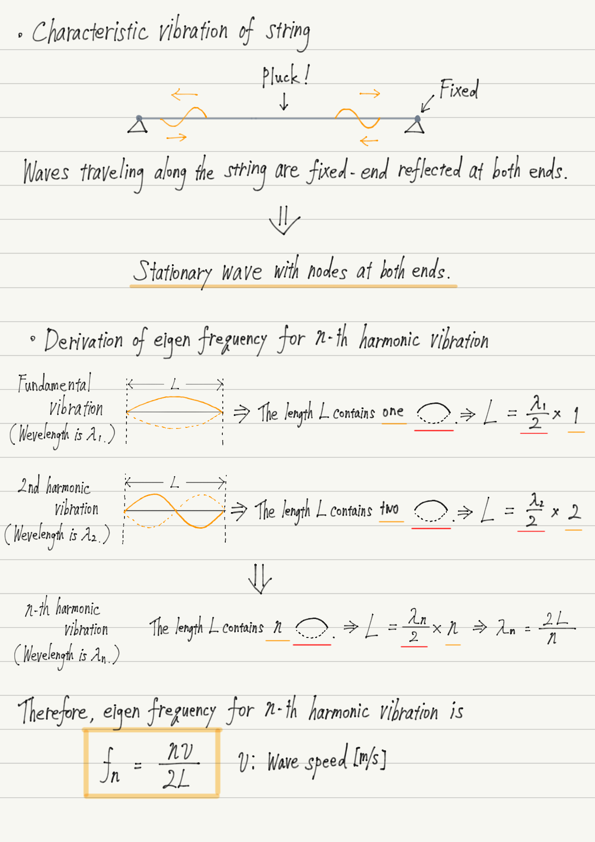