When two waves of the same speed, same wavelength, and same amplitude travel in opposite directions and overlap each other, a stationary wave is formed.

What if the waves are not exactly the same, but slightly different?

Superposition of waves with different frequencies 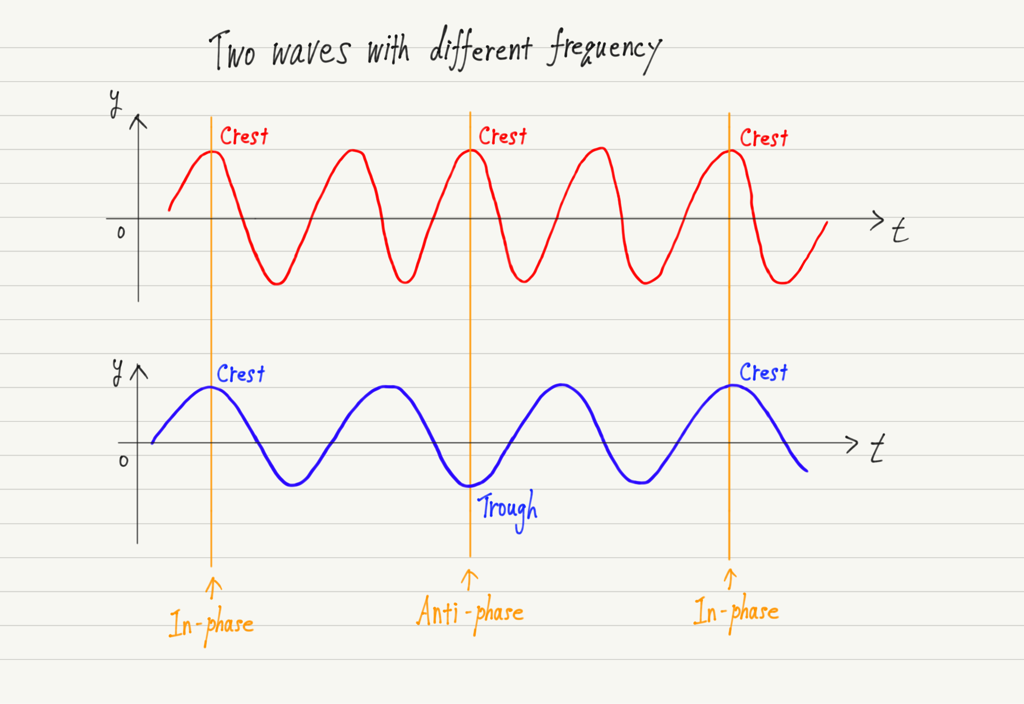 Find a point where the phases are the same and follow the two waves from there.
Since the frequencies are off, the phases will gradually shift over time, but after a while, the overlapping areas will appear again in the same phase.

What kind of waveform will the associated wave of these misaligned waves have?
This is a bit of a difficult problem, but the conclusion is as shown in the figure below. 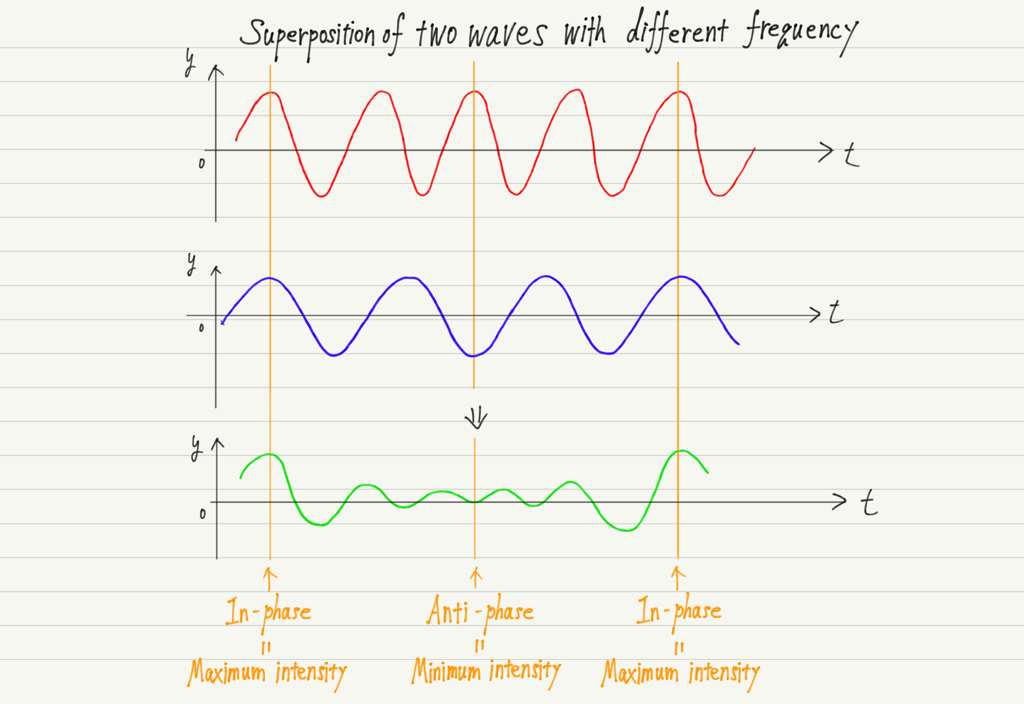 When waves with different frequencies are associated, they do not have a constant amplitude, but rather oscillate with increasing and decreasing amplitudes.

What is a beat?

Suppose the waveform above represents a sound wave.
Then, since amplitude = loudness of sound, a wave whose amplitude repeatedly increases and decreases is recognized as a sound that periodically sounds louder and quieter.

This phenomenon is the beat.
You can listen to the sound of beat if you look for it on the Internet.
It is an unpleasant sound.

Period and frequency of beat

The time between the first loud sound and the next loud sound is called the period of beat.

Using this, we can compute the “frequency of beat (how many beats are heard per second)”! 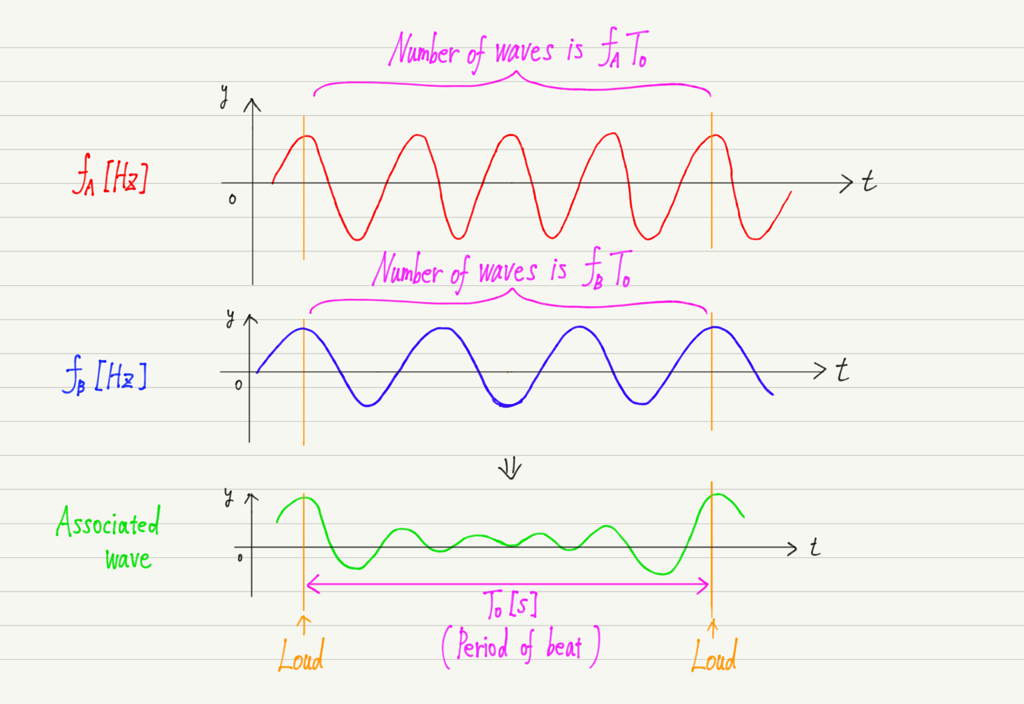 The period of the beat is “the time it takes for two overlapping waves in-phase to be in-phase again”.

Using this fact, let us calculate the frequency of beat. 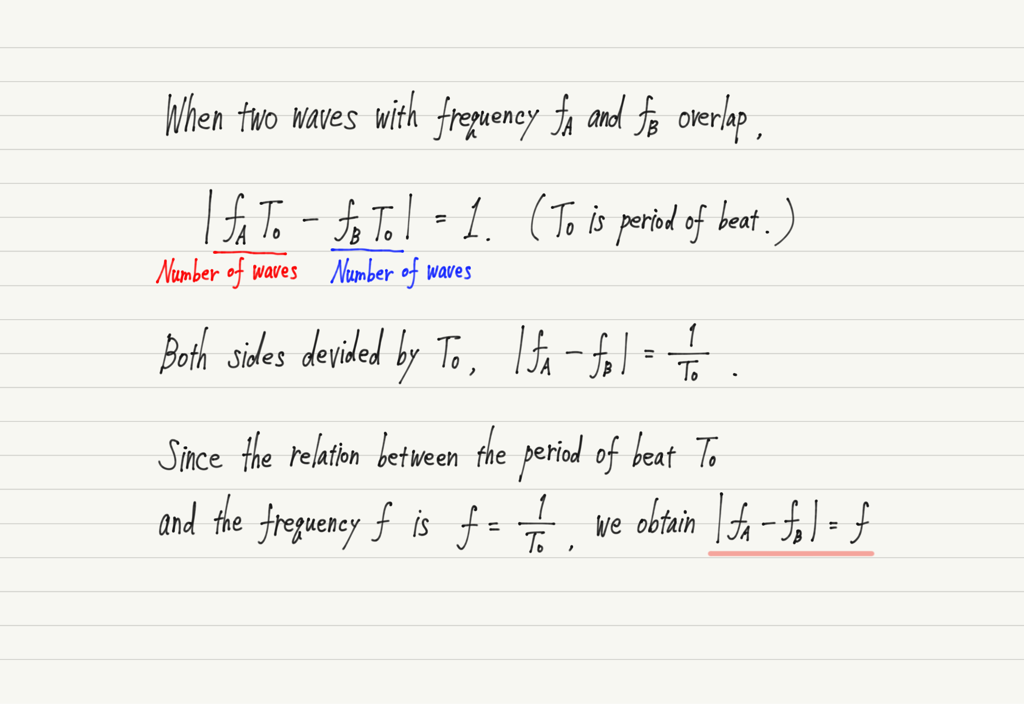 We conclude that the frequency of beat is obtained by the difference of the frequencies of the original waves!

The sound source of the exact pitch and the instrument are sounded simultaneously.
If the frequency is slightly off, a beat is heard.
Then, while listening to the beat, we adjust the scale of the instrument, and when the beat is no longer audible, the tuning is complete.
Isn’t this a good method? 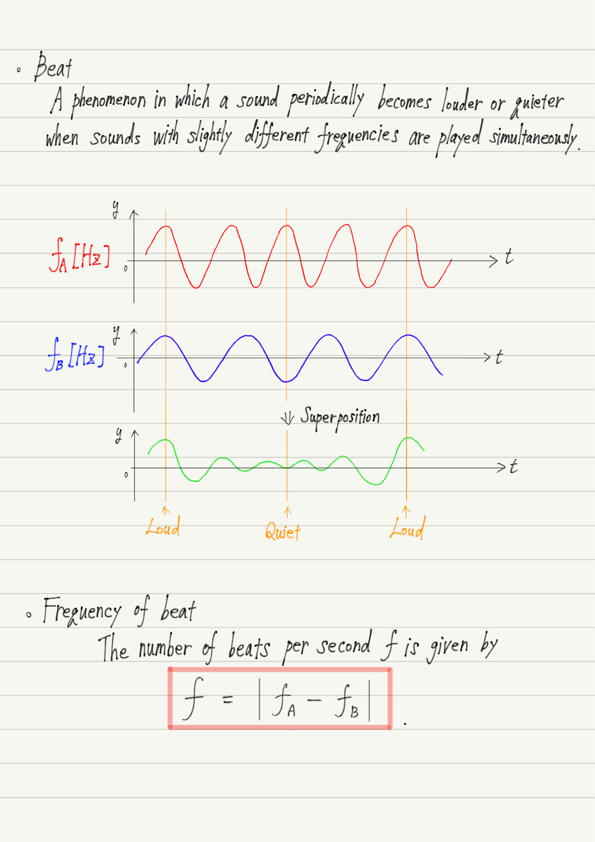 We want to learn about how string and wind instruments produce sound, and in the next time we will look at “how objects shake” in preparation for that.