Then, how fast does sound travel?

Speed of sound and Medium

The speed of sound in air is approximately 340 m/s.
Keep this in mind as common sense.

For example, the speed of sound traveling in helium is about 970 m/s, which is about three times faster than in air.
In general, the lighter the gas, the faster the sound travels.
This fact explains the phenomenon that breathing helium gas makes the voice higher than usual.

The airways are normally filled with air, but when helium replaces it, sound travels faster than usual.
Since the speed of sound in helium is three times faster than in air, the frequency is also three times higher, resulting in a higher voice.

By the way, since sound is a longitudinal wave, it travels not only in gases but also in liquids and solids.
Basically, sound tends to travel faster in liquids than in gases and in solids than in liquids.

Speed of sound and Temperature

However, since we often deal with sound transmitted through air, we will limit our discussion to air as the medium from here on.

An interesting phenomenon occurs when the speed of sound changes with temperature.
Have you ever experienced people getting angry at you for making loud noises at night?

At night, sound tends to reach farther, but this is not because the surroundings are quiet.
The sound really does reach farther at night than it does during the day!

The point is the refraction of waves.
Refraction of light is taught in junior high school, but refraction is a property of all waves, not just light.
Therefore, sound is also refracted.

Wave refraction will be discussed in detail at another time, but briefly, refraction occurs when the speed at which a wave travels changes.
In the case of light, this is as follows. 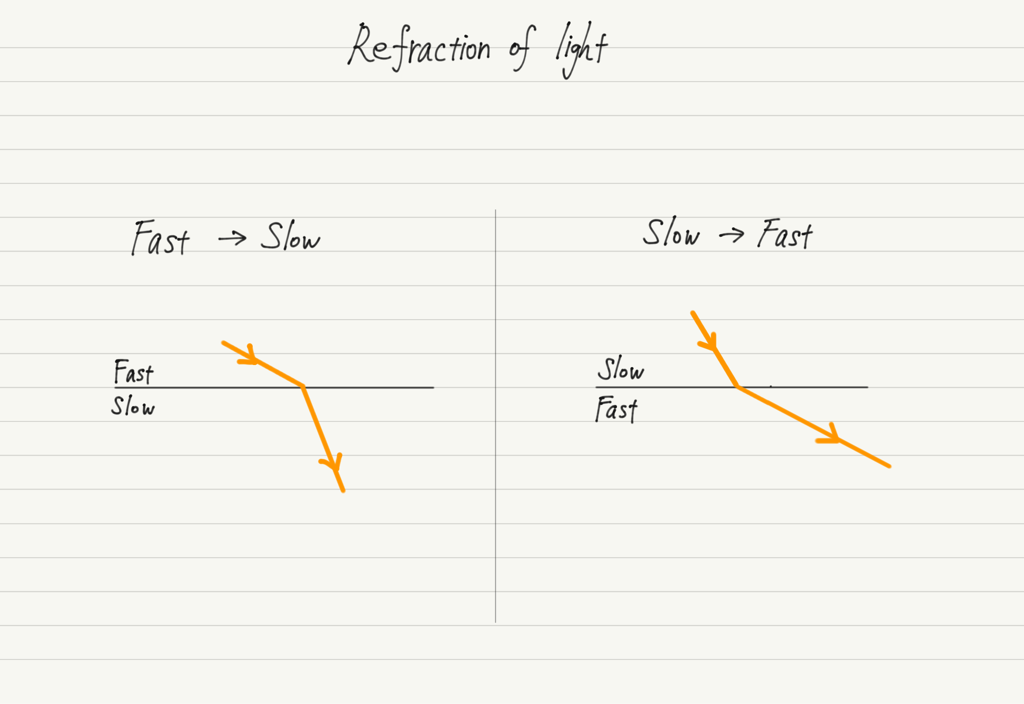 With this in mind, let’s return to the subject of sound.
During the daytime, the ground is heated by the sun, so the temperature is higher on the ground surface.
On the other hand, at night, the air warmed during the day moves upward, resulting in higher temperatures in the sky.

Since the speed of sound is faster at higher temperatures, the sound traveling upward will be refracted! 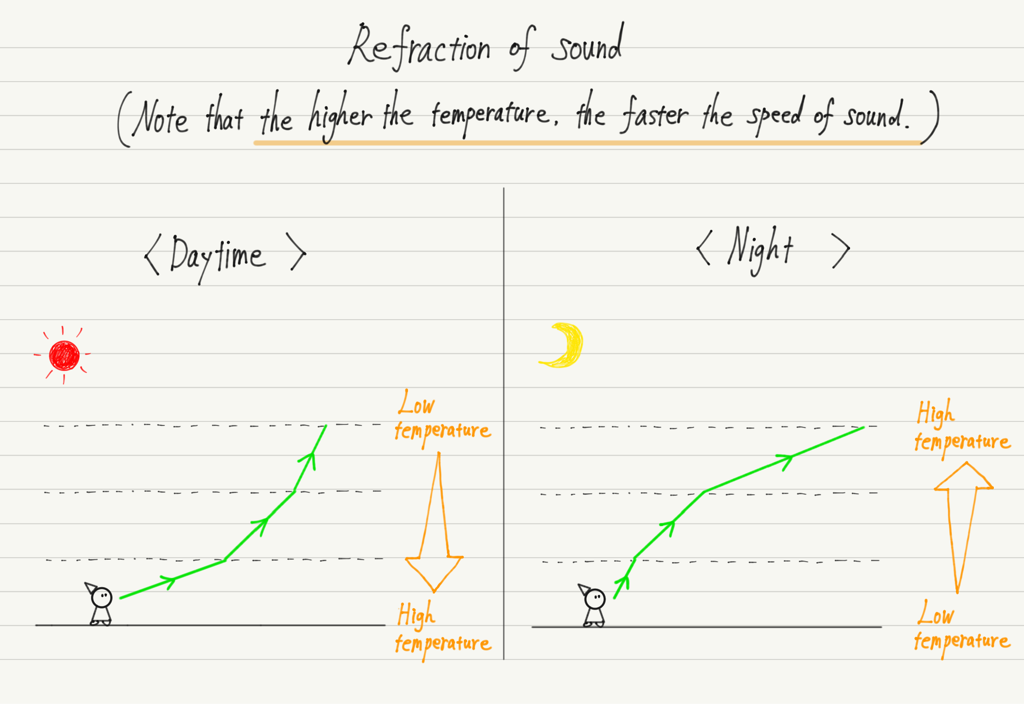 Next we’ll focus on the phenomena that occur in sound synthesis!