In the previous lectures, we have talked about the properties that all waves have, but now it is time to learn about specific waves.

So from now on, I would like to focus on sound waves.
Since sound is the most familiar longitudinal wave, we cannot ignore it.

If you have forgotten what a longitudinal wave is, please review it first.

Although all sound waveforms will be displayed as transverse waves from now on, please always be aware that they are actually longitudinal waves.

Factors of sound and properties of wave

We are surrounded by sound in our daily lives.
We hear voices, music, animal noises, car engines, … … and many other sounds, but from a physics point of view, they are all just ordinary waves.

So how do music and noise differ as waves?

In fact, the characteristics of waves (amplitude and frequency) that we have studied so far are closely related to “how sound is heard”.
For example, a louder amplitude makes a louder sound, and a higher frequency makes a higher sound.

However, sound is not determined only by loudness and height.
A piano and a trumpet will sound different even if they play the same note of the same pitch at the same volume.
This way of hearing sound is called timbre.
Differences in timbre are important in describing the nature of sound.

The three factors of sound are “loudness, pitch, and timbre”, which determine the nature of sound.

So far, I have drawn several waveforms, including graphs of waves and waves formed by shaking a rope, all in the form of a sine wave.

However, the waveform of the sound has various waveforms depending on the person who produces the voice and the instrument.
This is what causes the differences in timbre! 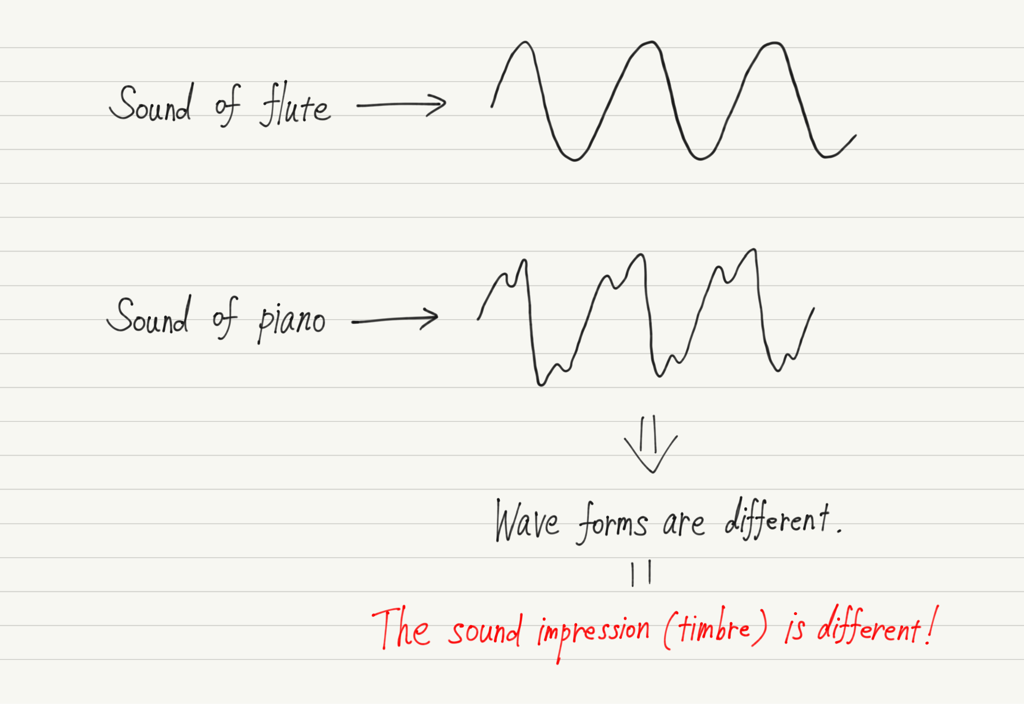 You may be thinking, “I only work with sine waves, I can’t handle such complicated wave shapes!”
But don’t worry.
In fact, it is known that any complex waveform can be created by superposition of sine waves.
Therefore, we only need to know sine waves. 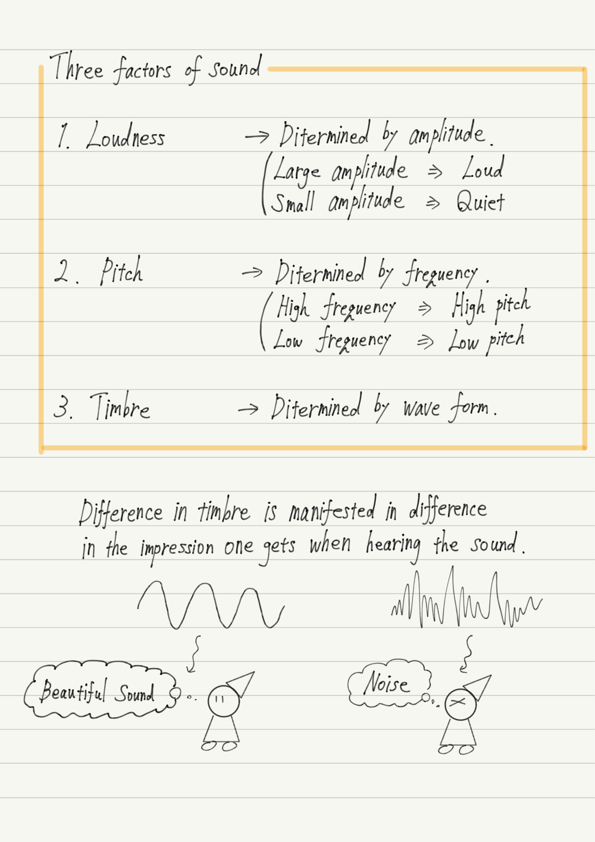 Learn about the speed at which sound travels.