Imagine two waves as shown below. 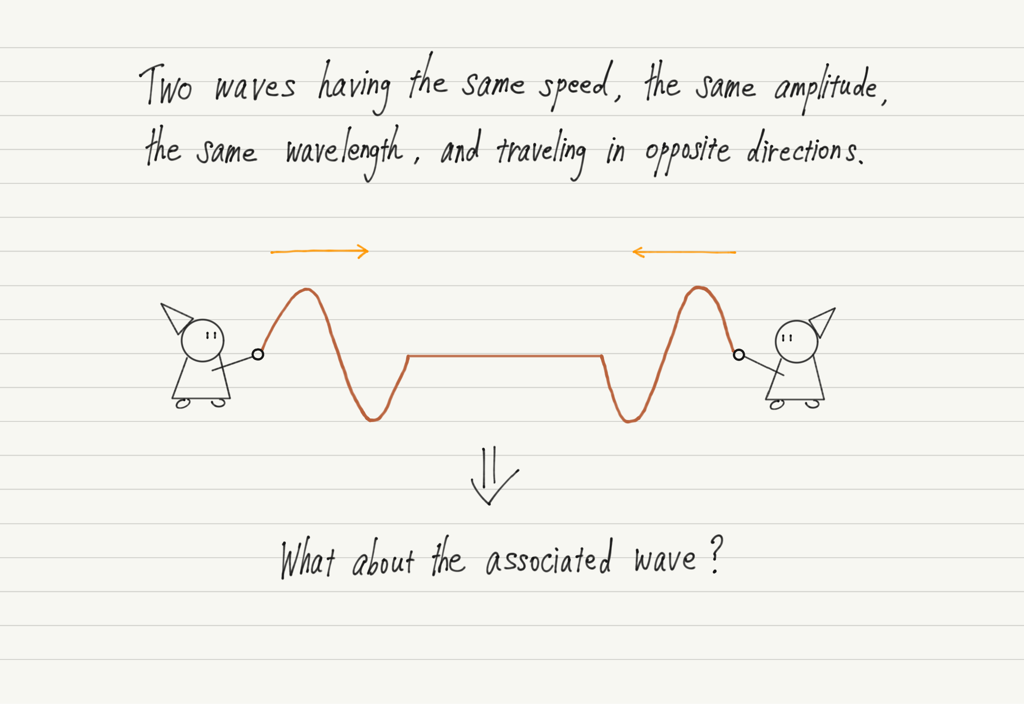 What is a stationary wave?

A stationary wave is a wave with an unusual property: it does not travel.

Normally, waves travel away from the wave source as shown in the figure below. 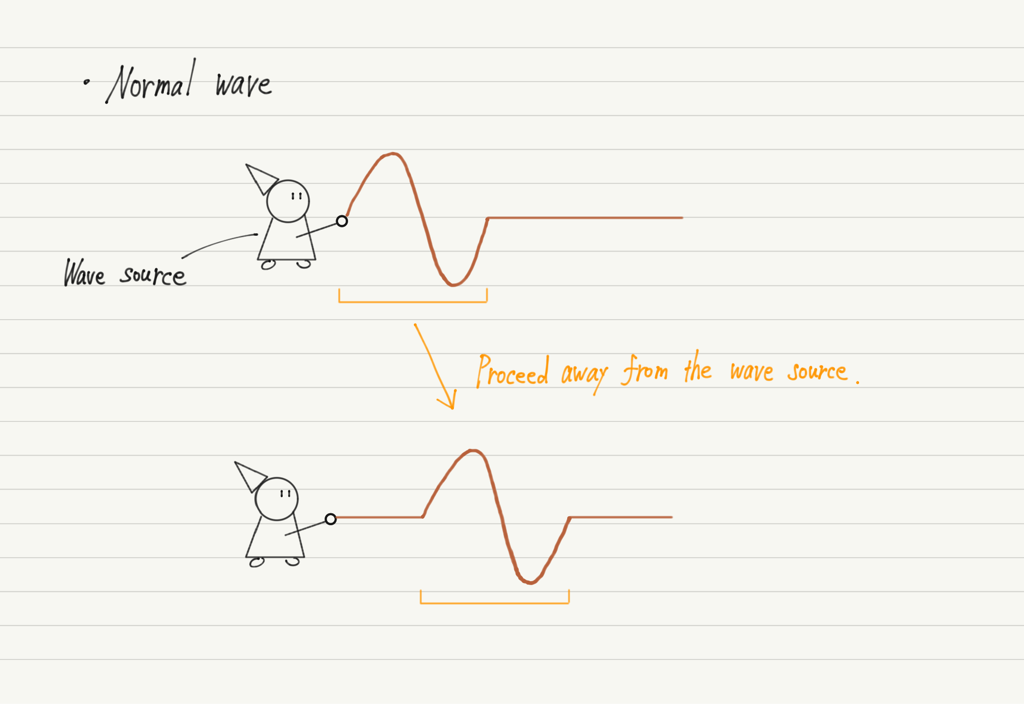 However, the oscillation of a stationary wave differs from this, as shown below. 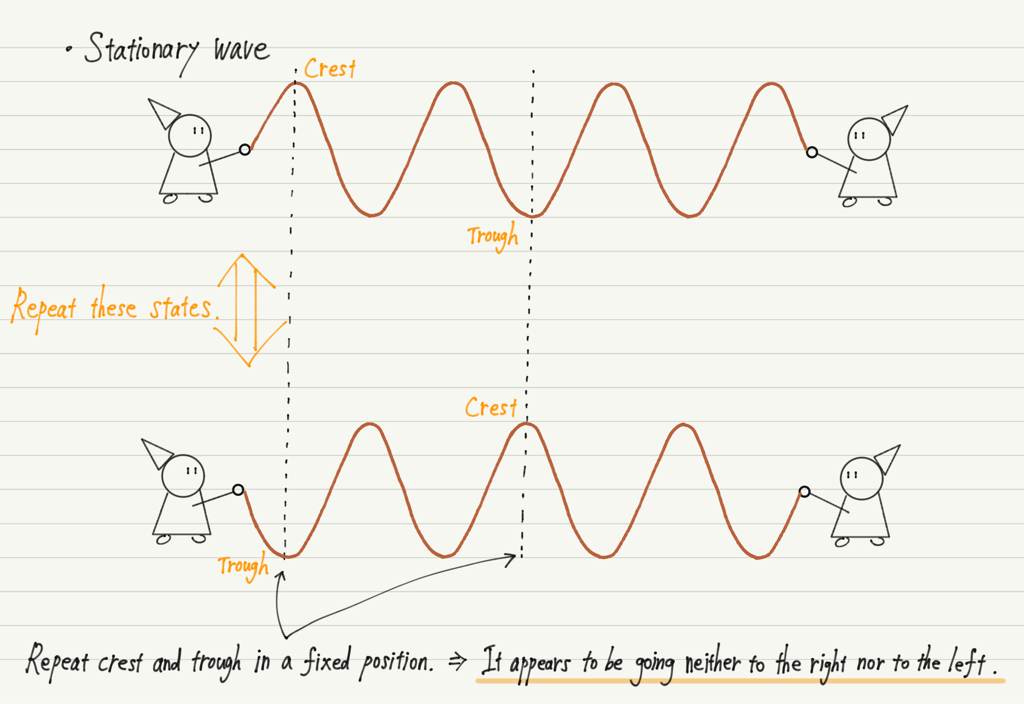 The crests and troughs are repeated alternately, so there is indeed oscillation.

However, since the crests and troughs appear only at certain points in the medium, the wave appears to go neither to the right nor to the left.

Other properties of stationary waves should also be mentioned.

Other minor properties will be noted in the summary.

Conditions for generation of stationary wave

Finally, I would like to review once more the conditions under which a stationary wave is formed.

【Conditions】
Two waves traveling in opposite directions must satisfy all three of the following.
1. Same speed
2. Same amplitude
3. Same wavelength

It’s pretty tough to have all three, don’t you think?

It may be easy to create artificially in a laboratory, but is it really possible that two waves traveling in opposite directions in the natural world happen to have the same speed, the same amplitude, and the same wavelength?

It is hard to imagine that all of these conditions would naturally come together.

However, there is only one situation where these conditions are easily met.
That is the incident wave and the reflected wave.

Waves going toward the reflector and waves reflected back.
Naturally, they travel in opposite directions.
Since the speed, amplitude, and wavelength of the waves do not change when they are reflected, all the conditions for the formation of a stationary wave are satisfied!

The associated wave of the incident and reflected waves becomes a stationary wave!

This is important, so by all means, keep it in mind! 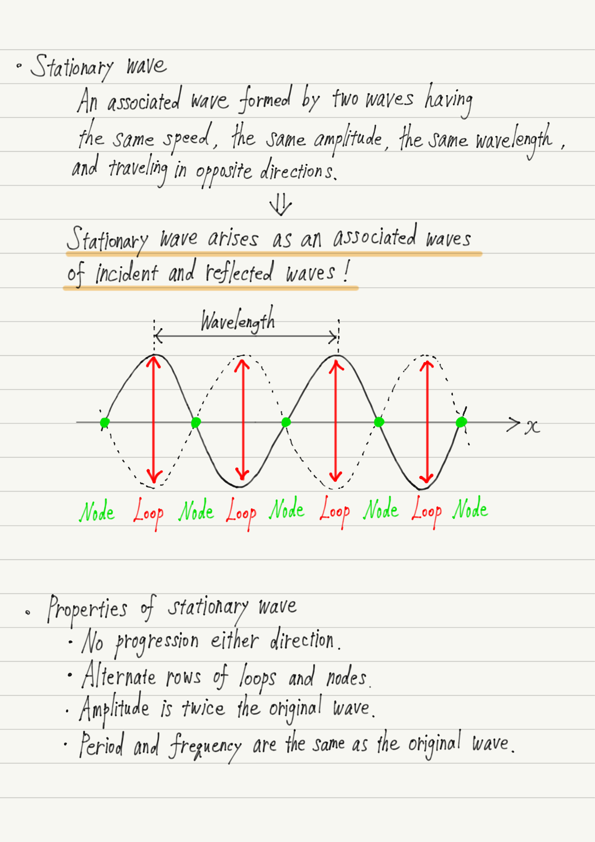 Next time we’ll learn about the most familiar wave of all: sound waves.