Independence of waves, which we learned about last time, means that after two waves collide, they pass through each other unaided without affecting each other.

So what happens not after the waves collide, but at the moment of collision? That is the theme of this lecture.

As it turns out, at the moment of collision, the two waves overlap and become one wave.
The wave created by the superposition is called an associated wave. 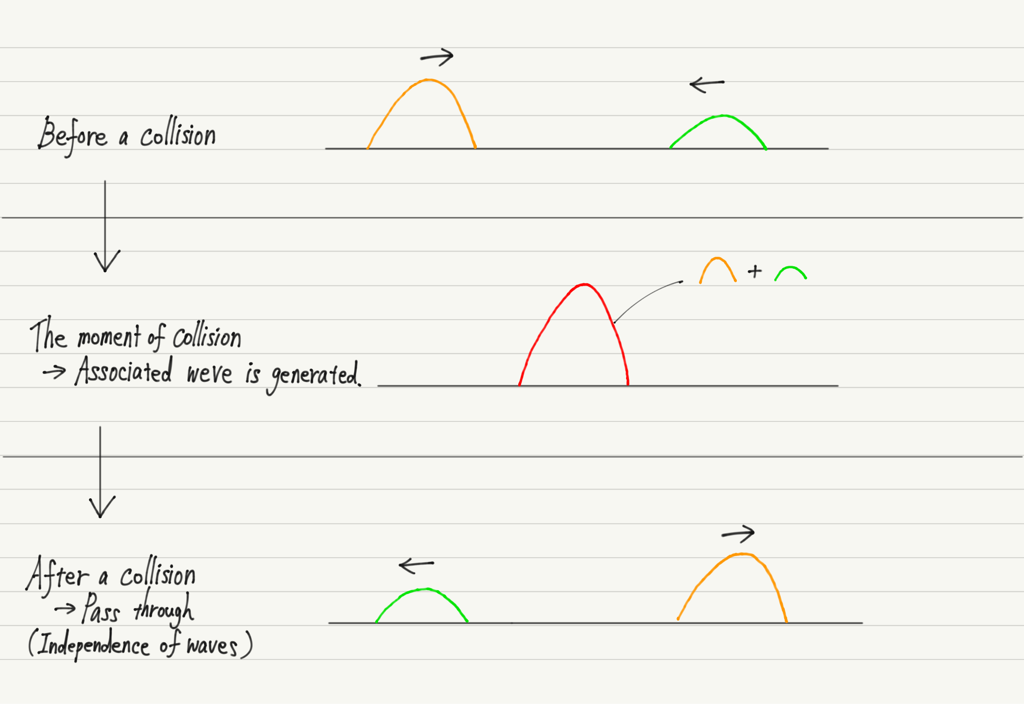 Now, how does the wave form of the associated wave relate to that of the original wave?

In fact, it is known to be a very simple relationship. 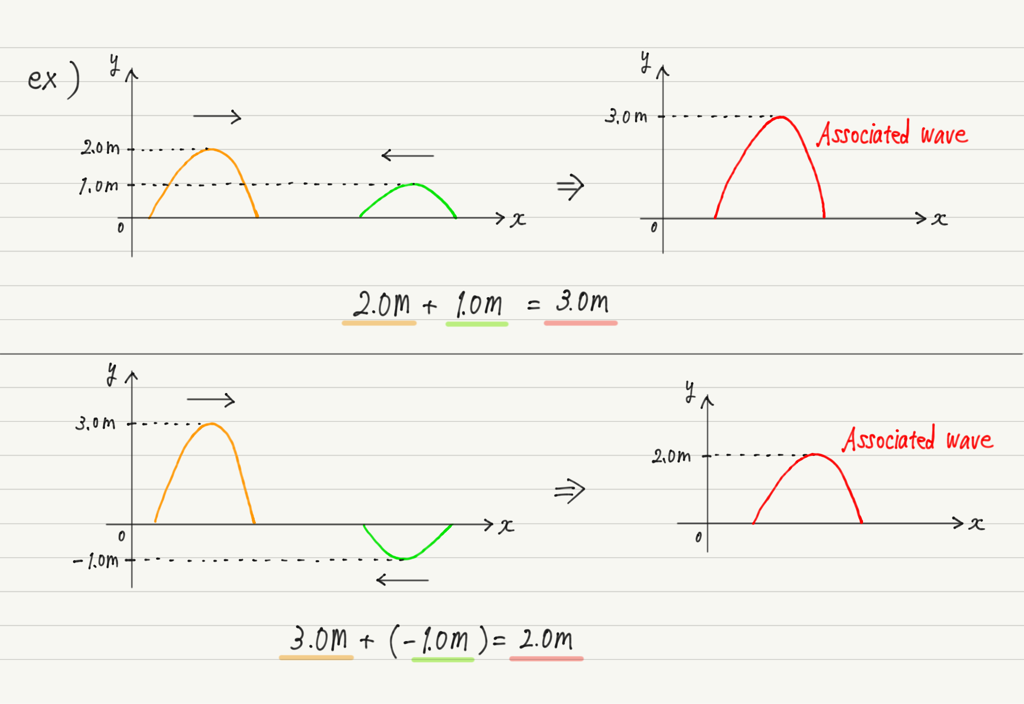 This is called the principle of superposition.

The headphones read the waveform of the surrounding noise and hit it with a wave in the anti-phase to eliminate the noise.
It is quite a clever feature, don’t you think?

Now let’s use the principle of superposition to draw an associated wave! 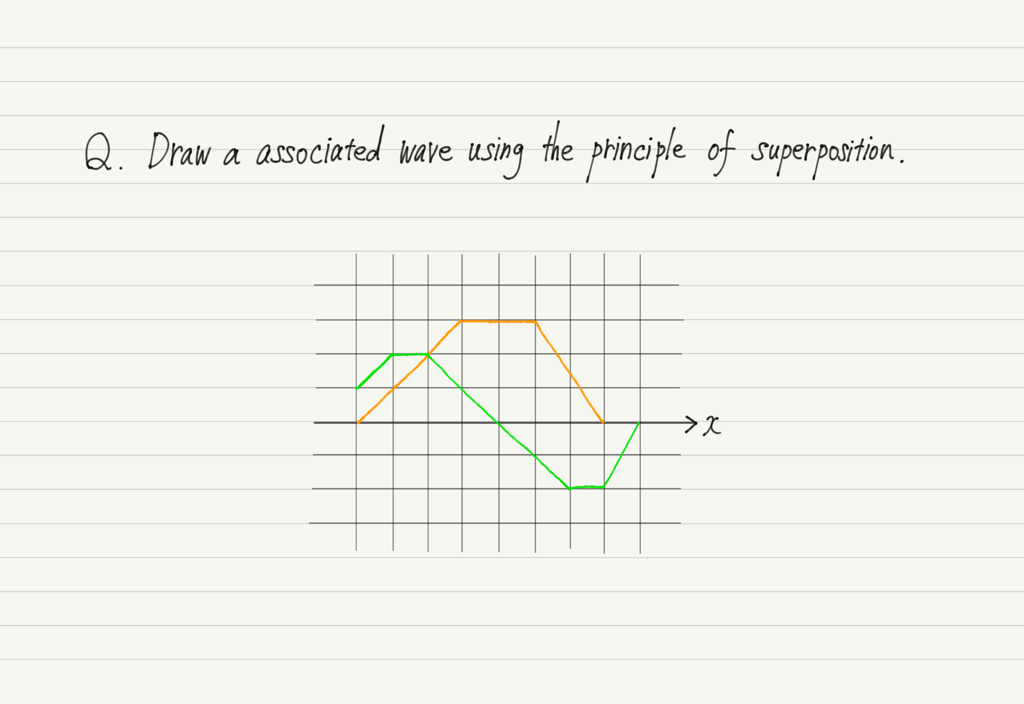 Since we want to use the principle of superposition, we first read the heights of the two waves at each vertical line and then add them!
When you have added, mark the value. 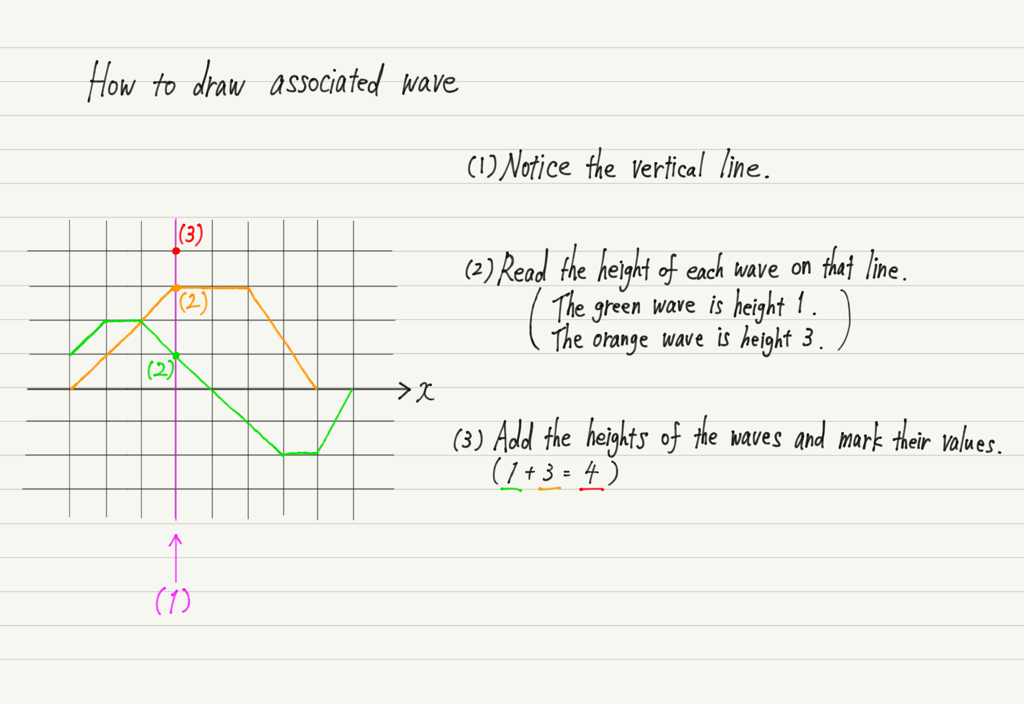 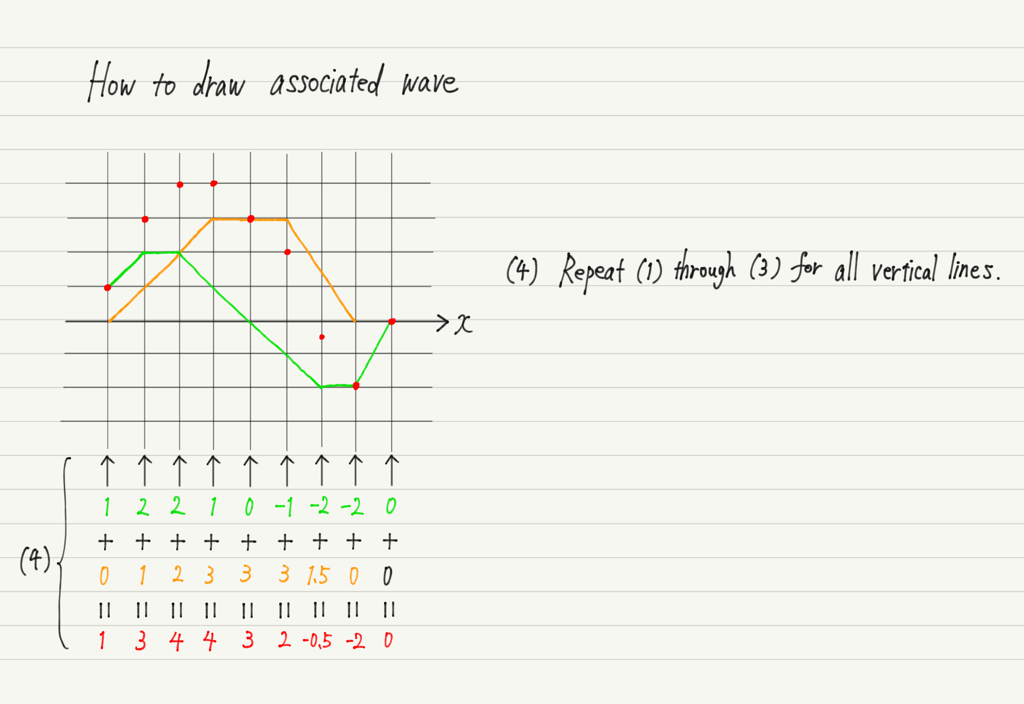 When you have finished marking all the locations, connect the dots. 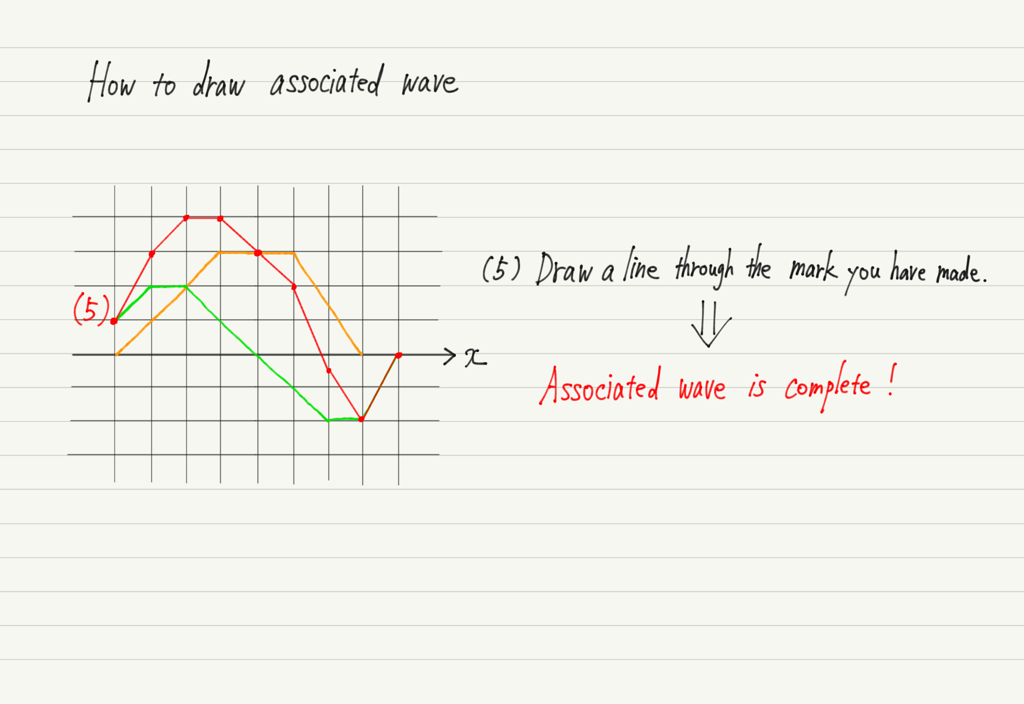 This completes the associated wave.

When associating sine waves, the associated wave is a curve, so the points should be connected by a smooth curve. 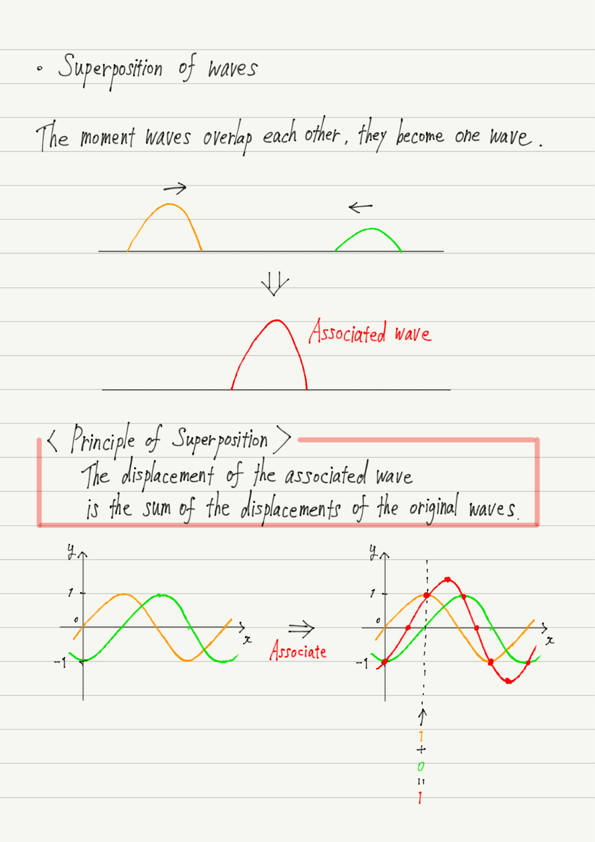 Next lecture will be on wave reflections!