From this time on, we will learn about the characteristic properties of waves!

When multiple waves are generated, they may collide with each other.
Let us consider the behavior of the waves after they collide.

2. They merge and proceed as one wave

3. Bounce off each other 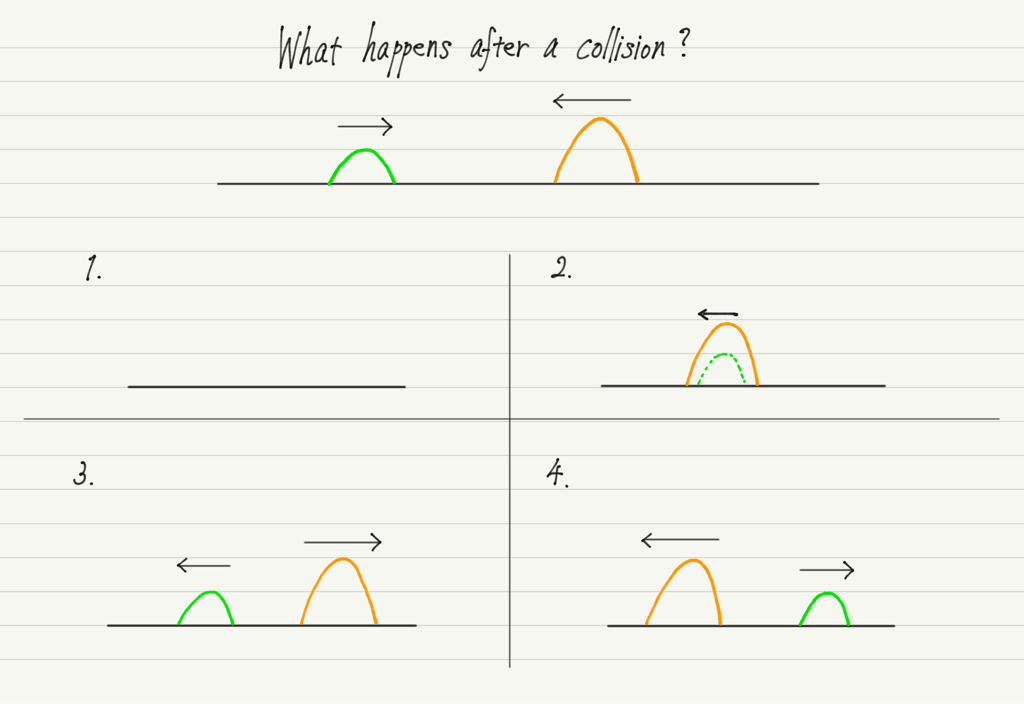 Answers are below. If you’ve got the answer, scroll on over!

Now, let me explain.
The correct answer to this question is actually a phenomenon with which you are all familiar.

Let us take the most familiar wave, sound, as an example.
Imagine a situation where two people face each other and speak at the same time.

If “1. vanish” is the correct answer, then we cannot hear each other’s voices. That’s not true, is it?
The voice should be audible. Therefore, 1 is incorrect.

If “2. marge” is correct, then one of them cannot hear the other at all.
This is also strange. 2 is also incorrect.

There is no “3. bounce off” either.
If the sound rebounds, you will hear only the voice you uttered. 3 is also incorrect.

Thus, the correct answer is 4!

Even if two people face each other and speak at the same time, both should be able to hear the other’s voice.
In other words, we see that the sounds do not affect each other at all when they collide; they pass through each other unimpeded.

This is a property common to all waves, not just sound, and is called independence of waves.

Independence is one of the most important properties of waves.
This is because there is no such thing as a straight path in a collision between objects. 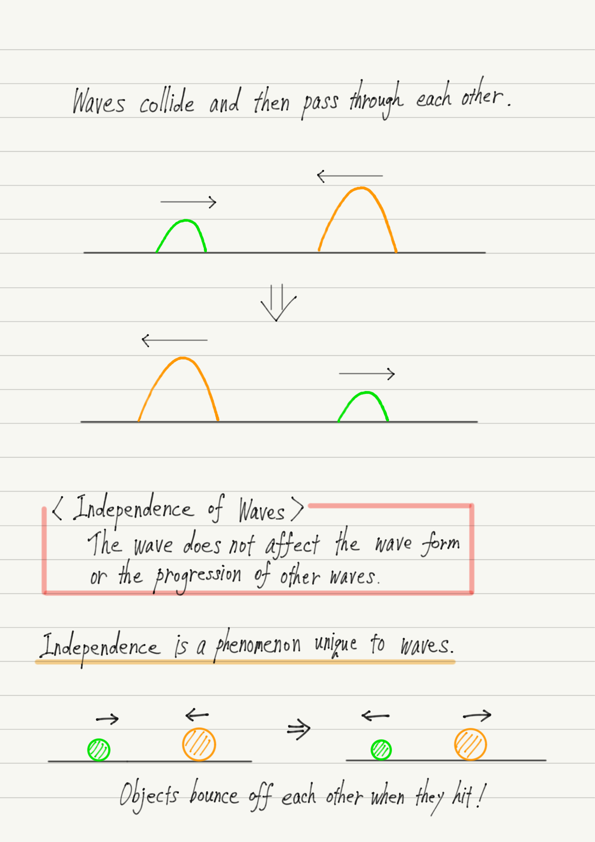 We know that the waves pass each other by after they collide, but what happens at the moment of the collision?