A wave is a phenomenon in which oscillations are transmitted to the surroundings.
We have used the example of a rope to visualize oscillations, but there are waves that propagate in a different way than waves propagating through a rope.

In this lecture, you will learn the classification of waves according to the way vibrations are transmitted.
There are two types of classification, which are called transverse wave and longitudinal wave.

If you are not familiar with this, imagine a rope. If you hold the end of the rope and swing it up and down, the waves will move away from you.
A simple diagram of this is shown below. 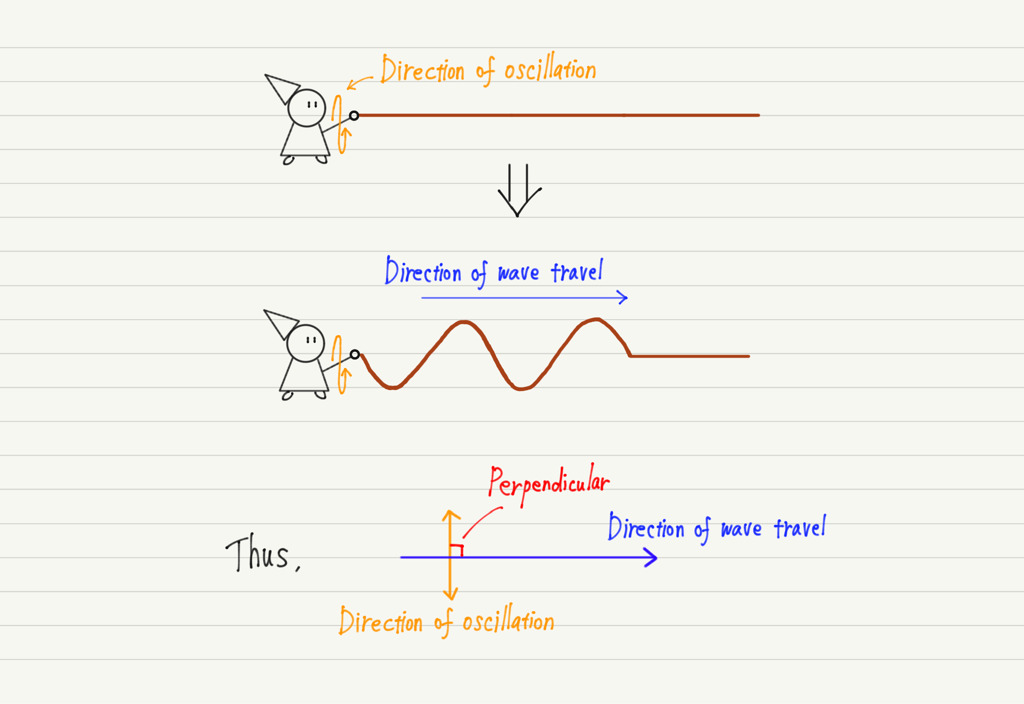 What properties do transverse waves have?
Continue to imagine a rope. Then, cut the rope in the middle.

No wonder, no oscillation is transmitted beyond the point where it is cut!

In fact, the same is true in the atomic world.
For transverse waves to propagate, atoms must be attached to each other, and if atoms are in a disjointed state, such as in a liquid or gas, transverse waves cannot propagate to the surrounding area.

Therefore, transverse waves can only propagate in solids.

Examples of non-rope transverse waves include light and S-wave of earthquake. 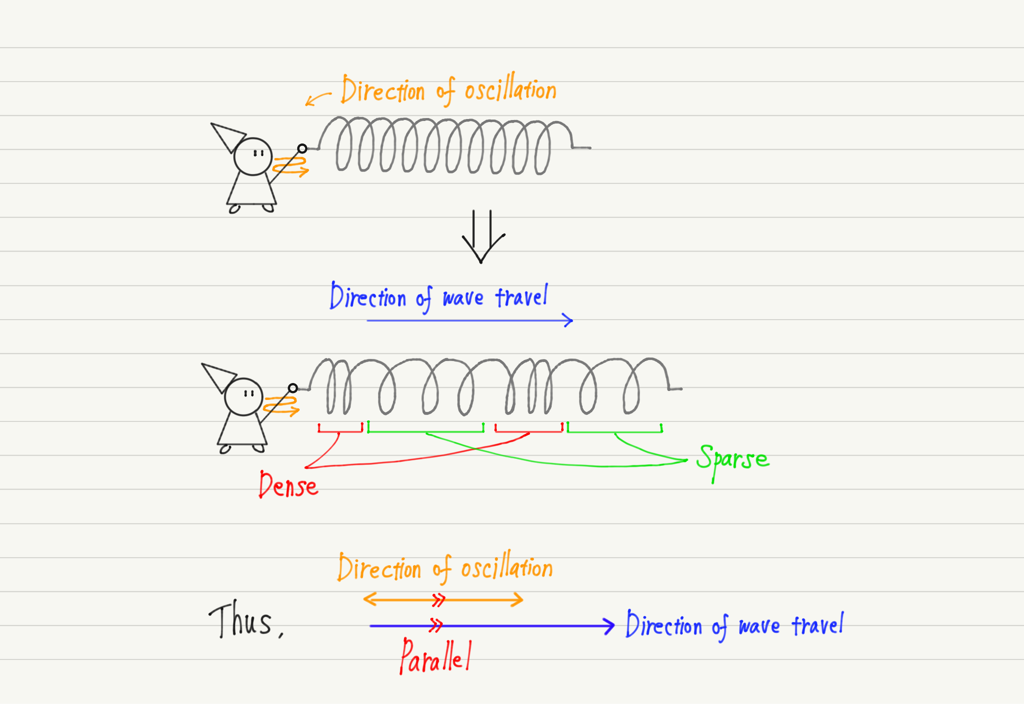 When a spring is vibrated as shown in the above figure, the contracted part tries to extend and the extended part tries to contract due to elastic force.
This is a longitudinal wave that moves forward while repeating this process.

The essence of longitudinal wave propagation is its tendency to return to its original state.
I used a spring as an example because it is the easiest to understand, but all substances have the property of trying to return to their original state.
Water and air are no exception.

Therefore, longitudinal waves can propagate through all solids, liquids, and gases. 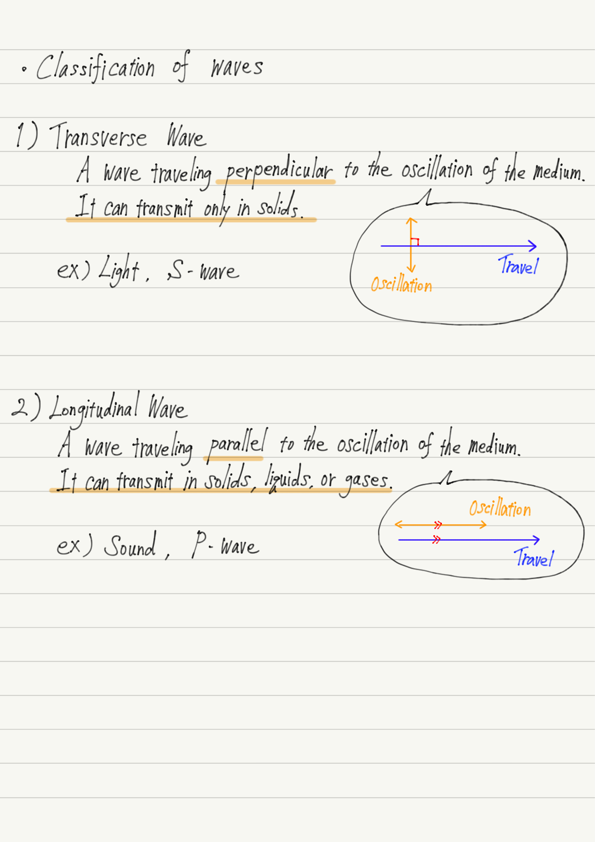 We have studied transverse and longitudinal waves, but not all waves belong to one or the other.
It is known that waves, such as those traveling on the surface of water, are neither transverse nor longitudinal.

Let’s consider how to represent a longitudinal wave on a graph.