In this lecture, we will introduce some frequently used terms in the field of waves. 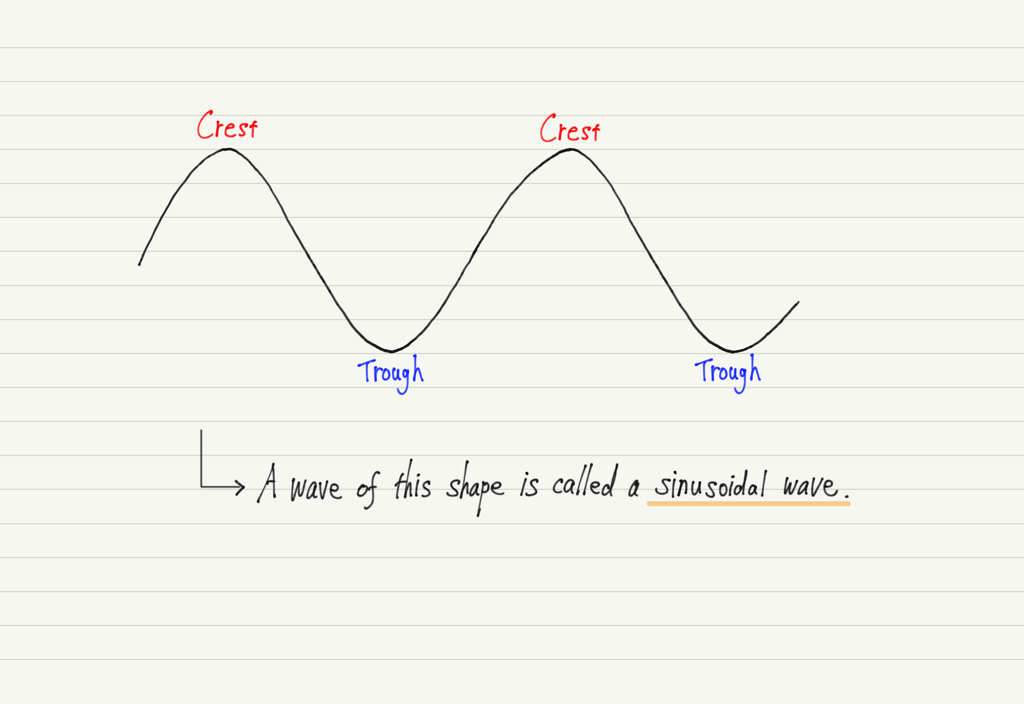 As you can see in the figure above, the sinusoidal wave has alternating crest and trough and repeats the same shape.
We will count the number of waves according to how many times this “set of crests and troughs” is repeated. 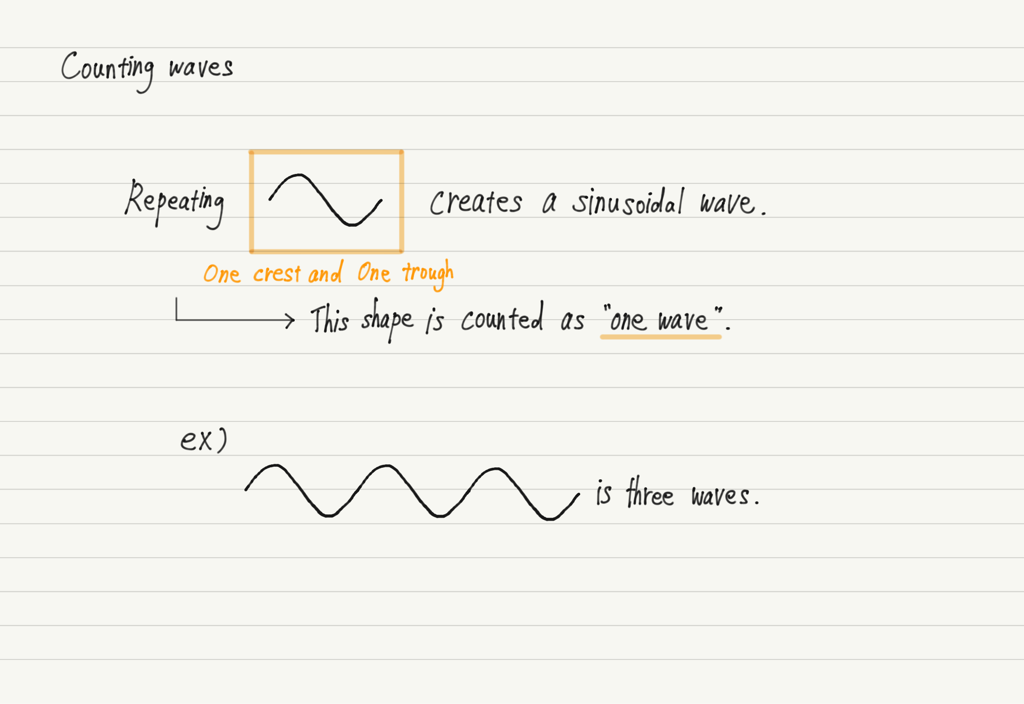 Let’s think specifically in terms of waves traveling down a rope.

Holding the end of the rope by hand and swinging it up and down produces a sinusoidal wave in the rope.
As the rope continues to swing, waves are created one after another.
Waves created in this way are called continuous wave.
On the other hand, those that stop swinging halfway through are called pulse wave.

We will also count the swing of the arm that creates one wave on the rope as one oscillation. 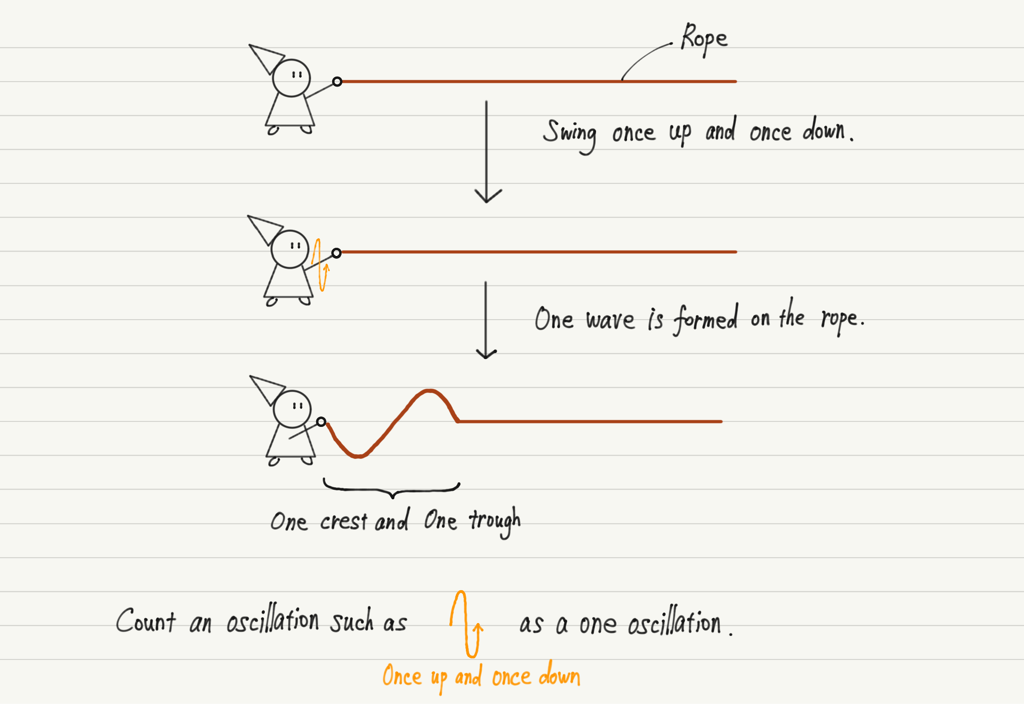 The time it takes to vibrate a medium once is called the period.

The number of times a medium vibrates per second is called the frequency.

Relation between period and frequency

Let’s reiterate what I wrote above.

There seems to be some relationship between period and frequency.
So, let’s check the definition again.

Period is T[s] → The medium oscillates once every T seconds.

Frequency is f[Hz] → The medium vibrates f times per second.

Since both of these ratios represent the same ratio,

From this equation, we see that the relationship fT = 1 holds between the period T and the frequency f.
This relation is used frequently, so please memorize it! 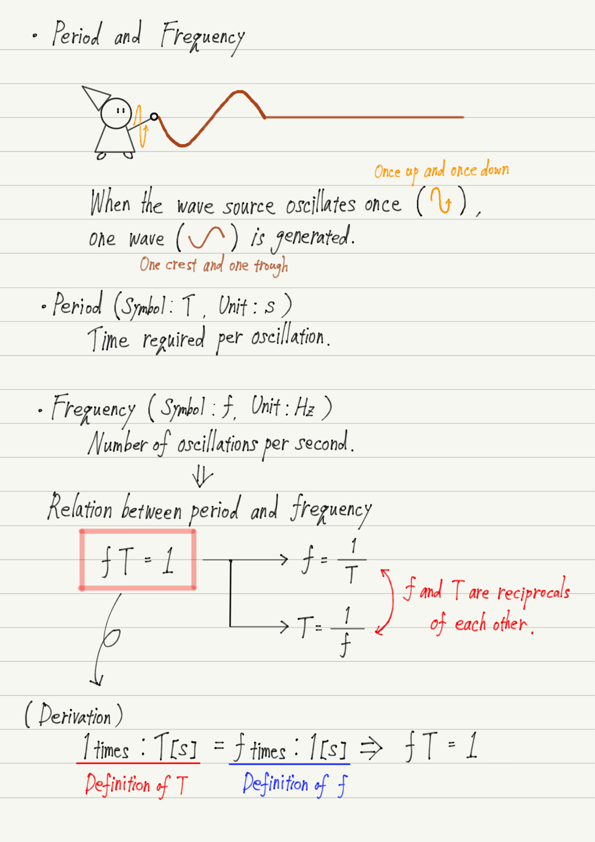 In the next lecture, we will do calculations related to waves.