If there is a first law of thermodynamics, that means there is also a second law!
In this lecture, we will learn about this second law!

When there are two states, A and B, and the phenomena from state A to state B and from state B to state A both occur spontaneously, this phenomenon is called a reversible change.

A concrete example of reversible change is the motion of a pendulum (ignoring air resistance).

Since the pendulum makes a reciprocating motion, the motion from A to B and from B to A both occur spontaneously. 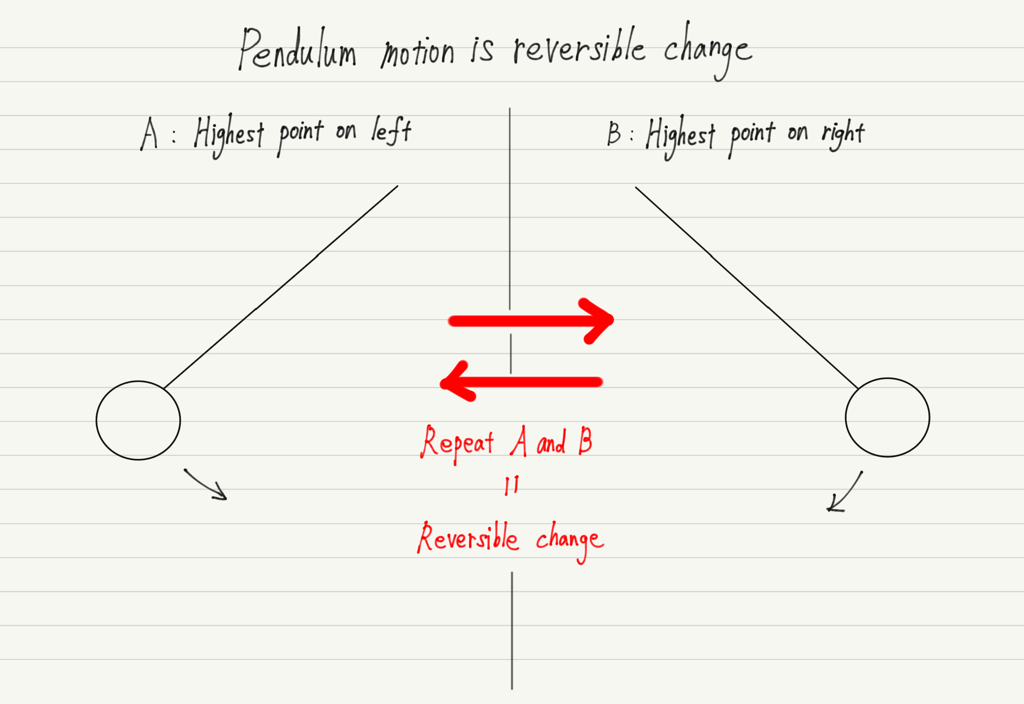 When one of the phenomena from state A to state B and the other from state B to state A occurs spontaneously, but the other does not, this phenomenon is called an irreversible change.

For example, if you leave a hot cup of coffee in a room, it will cool down on its own (thermal equilibrium).
However, the opposite, B to A, does not happen spontaneously ! 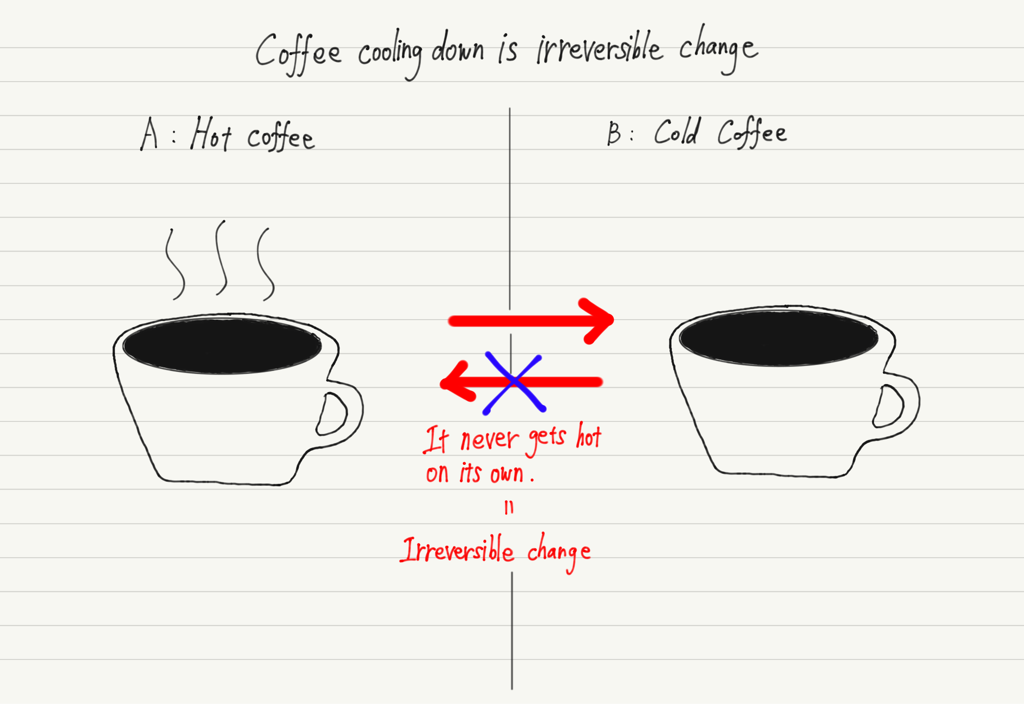 The key to irreversible change is the direction of heat transfer.
Heat can only move from a higher temperature to a lower temperature.
It is a one-way street.

You have never experienced that the heat from the ice is transferred to the water, making the water warmer than it was before the ice was added, have you?

Thus, when there are warm and cold objects, the warmer object becomes colder and the colder object becomes warmer, eventually reaching a state of thermal equilibrium.
Warmer does not get warmer and colder does not get colder.
Although it seems obvious from experience, this phenomenon cannot be explained by the laws of physics we have learned so far!

Therefore, let us adopt the fact that “Heat moves from a hot object to a cold object. The opposite does not occur spontaneously.”
Let us adopt this fact as a new law and call it the second law of thermodynamics.

Once the pendulum stops, it absorbs heat energy from the air and does not start moving again.
In other words, in the presence of air resistance, the motion of the pendulum is also an irreversible change.

Thus, heat-related phenomena are always irreversible changes according to the “one-way flow of heat” of the second law of thermodynamics.

Friction and collisions inevitably generate heat, and as a result, the world is full of irreversible changes. We can never go back in time.
The reason why we cannot go back in time may lie in the second law of thermodynamics.

Another expression of the second law

As you can see, there are several different expressions of the second law of thermodynamics.
If you are interested, please look them up.

By the way, have you ever heard of a perpetual engine?
It is a machine that, once started, keeps moving forever, and many people throughout history have dreamed of this and lost. 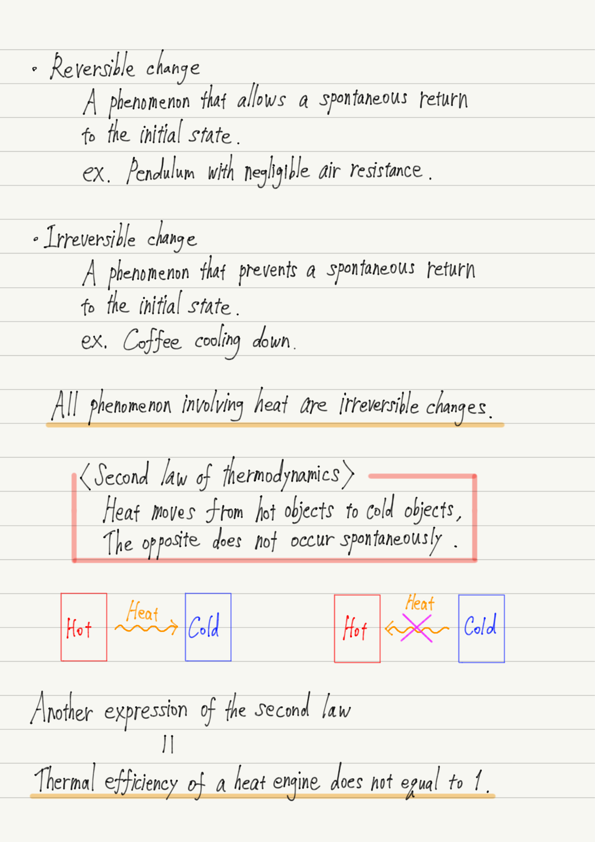 The next section is Advanced Physics.
Please complete the contents of Basic Physics before proceeding.