In this lecture we will look more closely at temperature.

Temperature is a numerical expression of the intensity of thermal motion, and there are many ways to express it.
We would like to present some commonly used temperatures.

Temperature is determined by the intensity of thermal motion of atoms and molecules.
As an object gets cooler and cooler, the thermal motion becomes slower and slower.
Still, if you continue to cool it down, eventually the thermal motion will stop (actually, it will not stop completely, but don’t worry about that for now).

Refer to the summary for calculation methods. 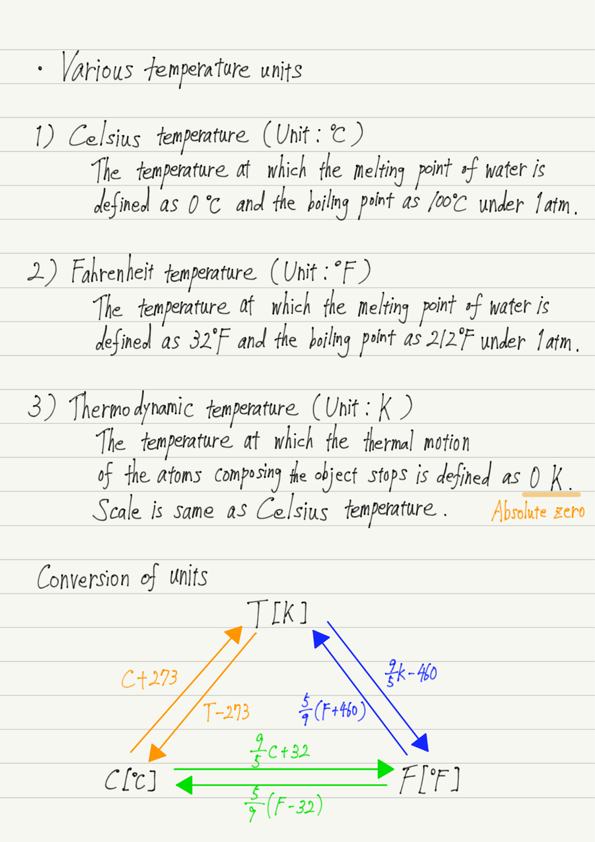 Learn about the relationship between heat and temperature.