Now that we have finished two of the three physical quantities in Ohm’s law (Resistance and Electric Current), let’s learn the last one, voltage. Note that not having a correct picture of voltage will hinder you when solving circuit problems.

“The electricity in the battery flows and becomes electric current. Eventually, when the battery is empty, no current flows.”

This is a typical mistake. There is no electricity in the battery to begin with!

It is not that electricity is flowing out of the battery, but only that the free electrons in the conductor have started to move. 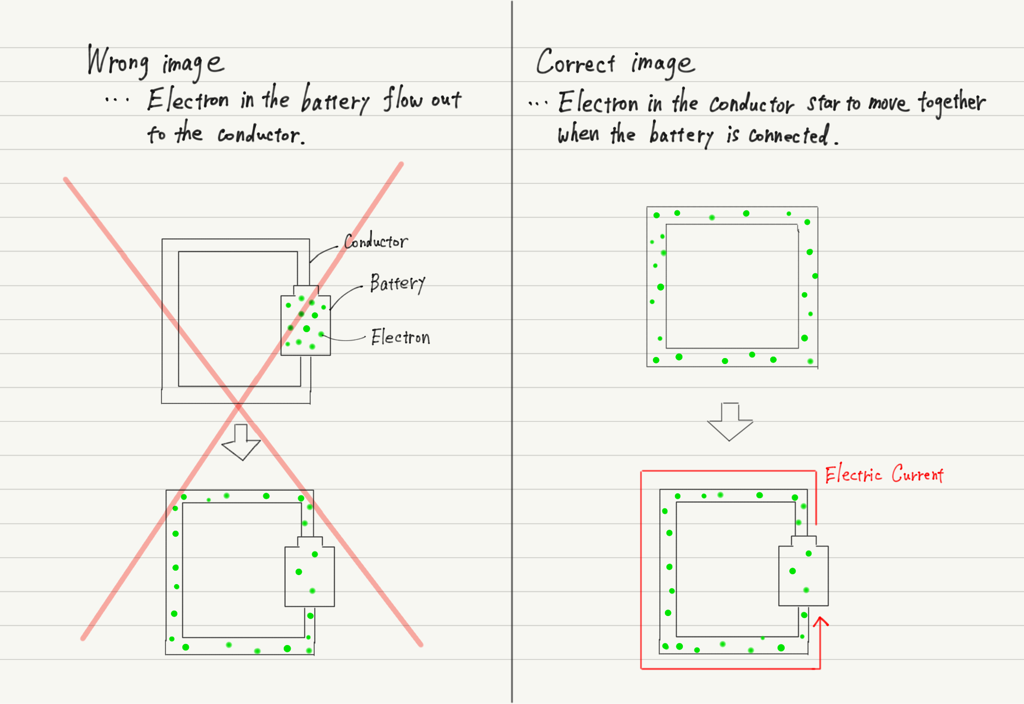 “The current flows because the force of the battery pushes the free electrons in the conductor.”

At first glance it looks fine, but is the image of “pushing out” correct?

If the battery is “pushing out” free electrons due to voltage, then the two batteries are pushing with the same force in both series and parallel, so the light bulb should be as bright in parallel as in series. however, this is not the case.
In other words, the image of “pushing out” is not correct.

The correct image of voltage is “height”, not pushing force. A battery is a device that gives height to a circuit.

The height is raised by the battery and lowered through a resistor. The repetition of this rising and falling is an electric circuit. It is easy to understand if you imagine it as a child playing on a slide. 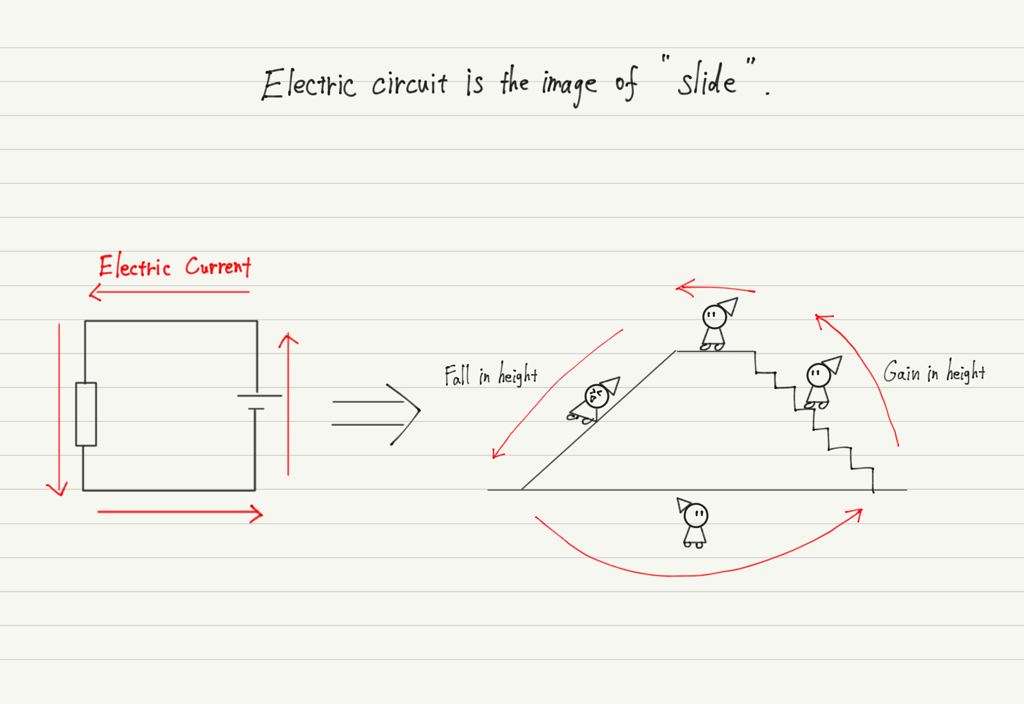 Once you have this image, you should be able to easily understand the difference in brightness between the series and parallel connections of the light bulbs. 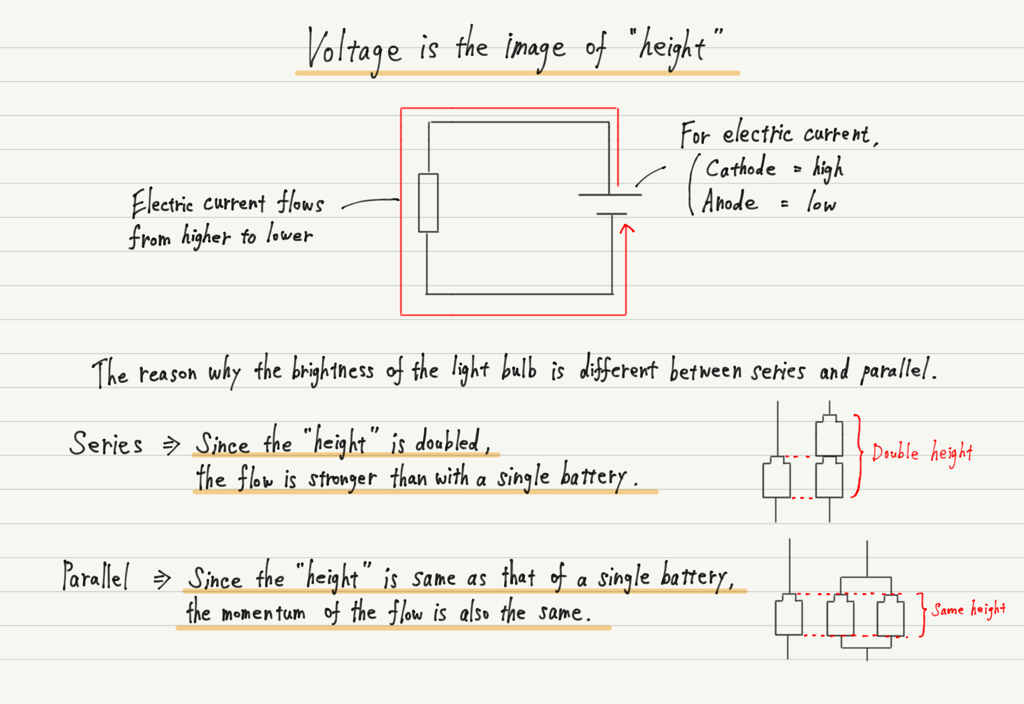 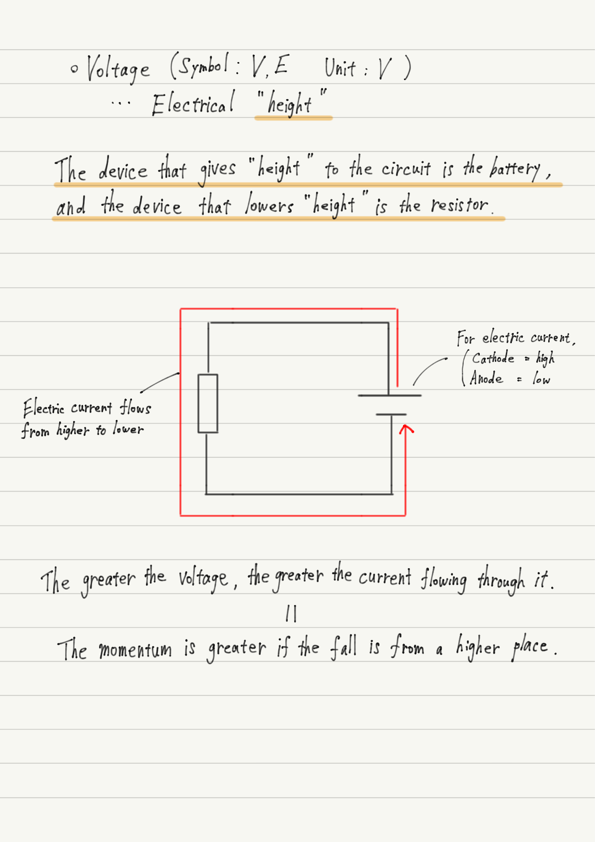 The next lecture will finally deal with Ohm’s law.