However, to solve electric circuit problems, it is not enough to memorize this formula; it is necessary to understand what this formula represents.
Before we get to Ohm’s law, we need to deepen our understanding of Voltage, Resistance, and Electric Current respectively. This lecture will focus on Resistance.

What determines the value of resistance?
Many people expect resistance to be determined by material, but that is not a perfect answer. This is because the same material can be used to create different resistances.

To understand this, imagine “Resistance = Bumpy path”. In the following, we will use this image of a bumpy path to illustrate.

What determines the difficulty of passing on this bumpy path?
The answers are: 1) Length of the path, 2) Width of the path, and 3) Degree of bumpiness.

As for 1), you can imagine that the longer the length is, the harder it is to pass through, even if the degree of bumpiness is the same. 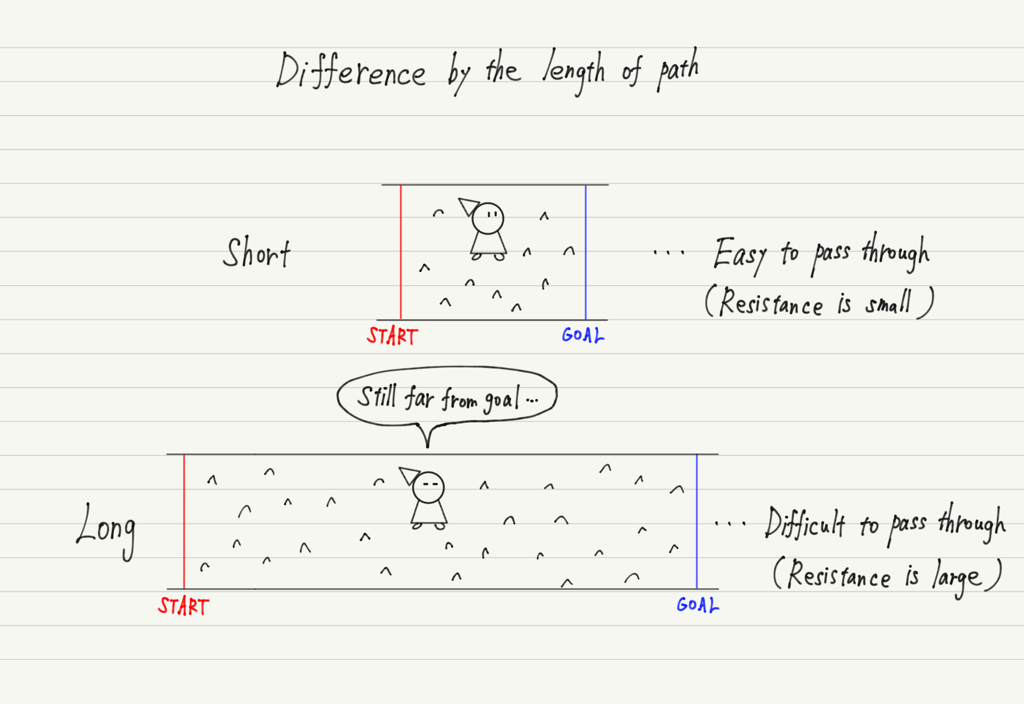 Next is 2), which should also be easy to visualize. It is only natural that the wider the path, the easier it is to pass through. 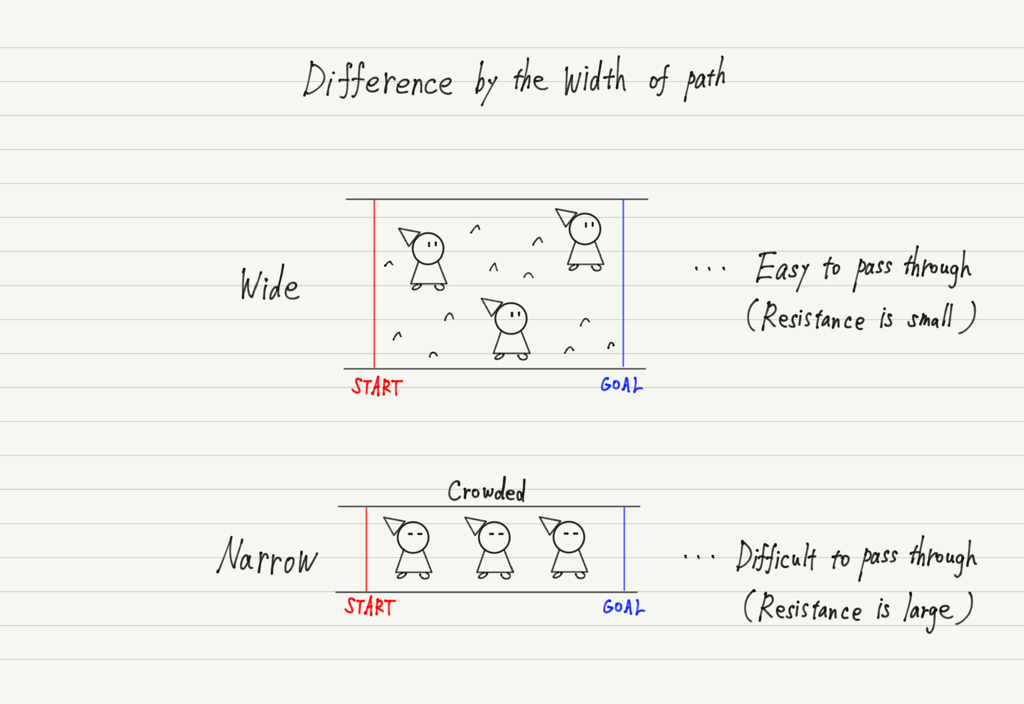 In other words, resistance is inverse proportional to the width of the path.
（Since the resistance is actually cylindrical, the path width refers to the cross-sectional area of the cylinder.）

The “difference in the degree of bumpiness” when compared with the same length and width represents the “difficulty of passing electric current for each material”. This is called the resistivity of the material.

Depending on the value of resistivity, substances are classified as conductors or Insulators.
As a supplement, there are materials in the world with resistivity that are smaller than conductors but larger than insulators. Such materials are called semiconductors and are important to modern technology. 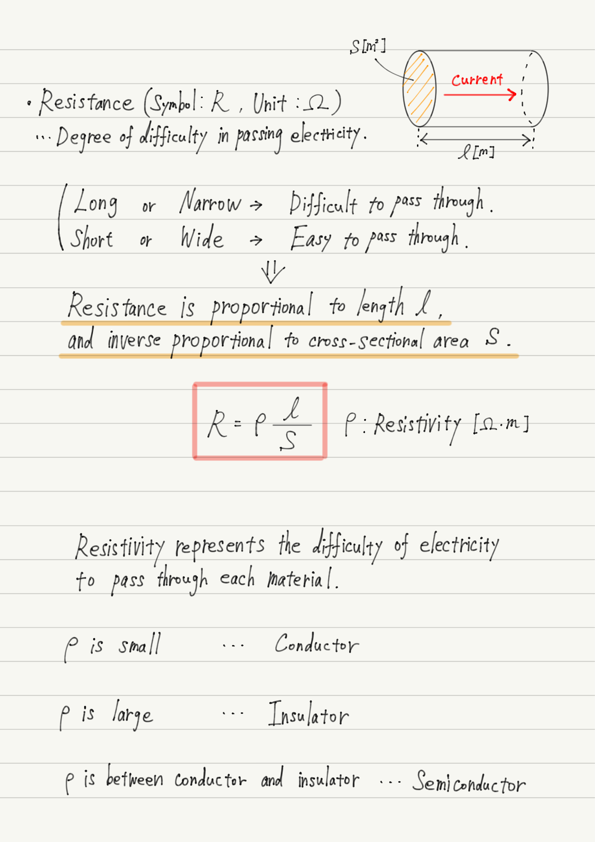 The next lecture will be on electric current.