In this lecture, you will learn about conductors and Insulators.

I would like to explain why conductors conduct electricity easily.
By the way, when you hear the word “conductor,” you probably think of a metal. Although there are other substances that conduct electricity besides metals (e.g. graphite), the mechanism of conducting electricity is the same, so I will focus on metals from now on.

Let us now return to the previous topic of atoms. Atoms are made up of a nucleus at the center and electrons around it, and atoms ionize by emitting or receiving electrons.
The type of atom determines whether it emits or receives electrons. Which type of metal atom?
The answer is “the type that emits electrons easily”.
With this fact in mind, let us consider the properties of metals. 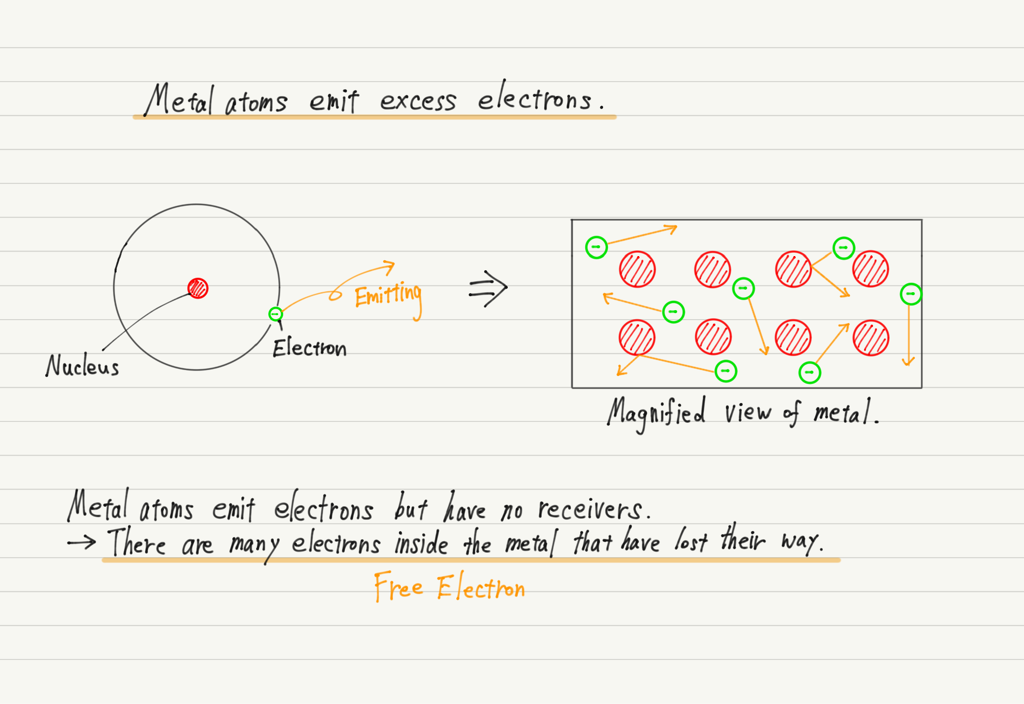 As shown in the figure, there are many electrons in the metal that have been emitted from the atoms and have lost their destination, and these are called Free Electrons.

Normally, electrons are not “free” because they can only exist around the nucleus. Free electrons in metals are special electrons.

Since free electrons are negatively charged particles, when they start to move in one direction, this results in an electric current. In other words, metals conduct electricity easily because of free electrons.

Besides conducting electricity well, metals have other properties such as “Ductility and Extensibility” and “Metallic Luster,” all of which are due to free electrons!

On the other hand, in insulators such as plastic, rubber, and paper, all electrons are around atoms and cannot move freely, so there are no charged particles that can generate an electric current. Therefore, insulators do not conduct electricity well. 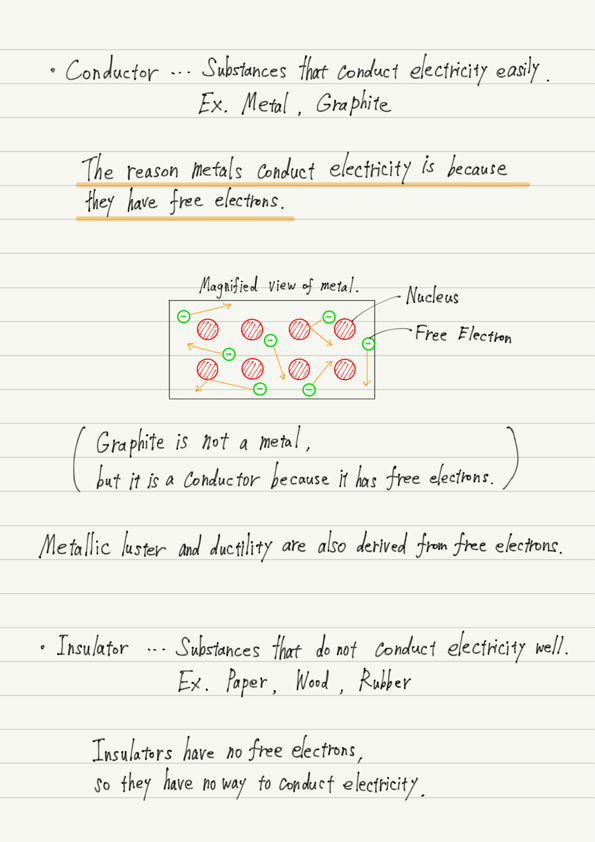 We will get into the topic of Ohm’s law in the next lecture.