In this lecture, let’s learn about how substances are electrically charged.

A typical example of charging is the phenomenon that when hair is rubbed against a plastic object, the hair is attracted to the object.
This phenomenon occurs when the hair is positively charged and the object is negatively charged by friction, and electrostatic force acts between them.
Why does electricity appear just by rubbing?

To understand how charging occurs, we first need to know about the structure of atoms.

Everything in the world is made of atoms, which can be further divided into smaller parts. 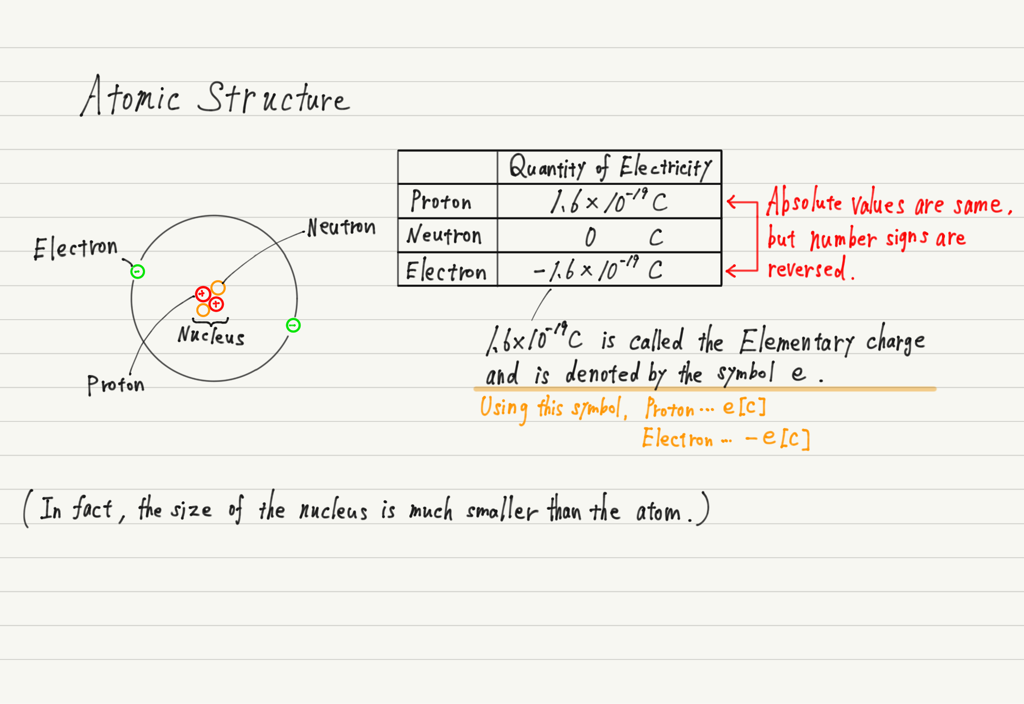 The following four points are important in the structure of atoms.

1. That an atom is composed of a nucleus (protons and neutrons) and electrons.

3. The electric quantities of protons and electrons are opposite in number sign, but their absolute values are the same.

4. An atom contains the same number of protons and electrons.

If we look at 3 and 4, we see that the atoms are not charged.（Since the same number of protons and electrons are included, they cancel each other out in positive and negative.）

Although atoms are not charged in their normal state, some atoms can emit electrons or, conversely, receive electrons. What happens to an atom when you move electrons in and out?

Emit electrons → The number of protons is greater than the number of electrons. → It cannot be canceled out and has an overall positive electric charge.

Receive electrons → The number of electrons is greater than the number of protons.→ It cannot be canceled out and has an overall negative electric charge.

Thus, charging is caused by electrons leaving and entering atoms.（Atoms charged by the transfer of electrons are called ions.）

In the first example, friction causes the electrons in the hair to move to the object and become positively and negatively charged, respectively. 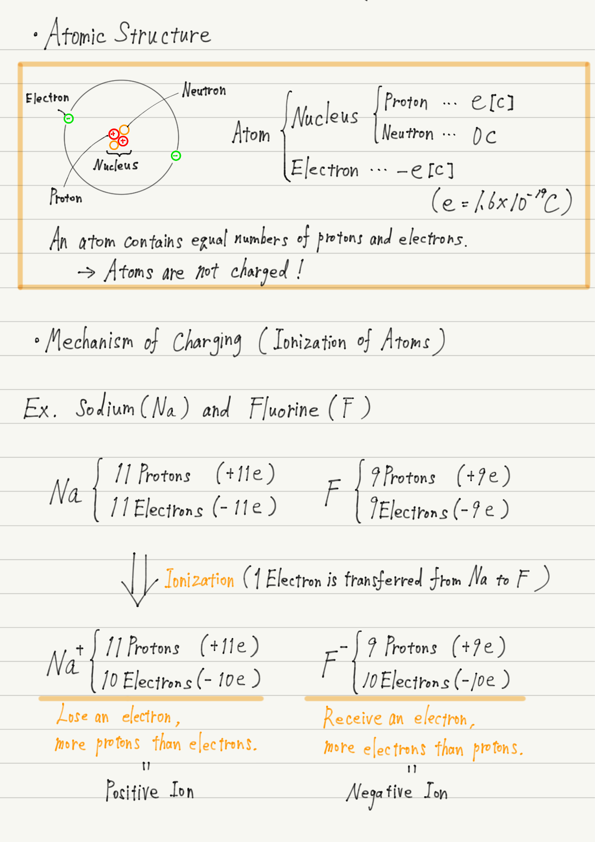 Next time we will talk about conductors and insulators. As in this lecture, electrons continue to play a leading role.