The first thing we learn in the field of electromagnetism is about static electricity.

What is static electricity?

The most familiar static electricity phenomenon to us is probably doorknobs in winter.
Electricity accumulates on the doorknob and stays there until someone puts their hand near it.
This kind of “electricity that stays in place and cannot move” is called static electricity.

If there is “stuck electricity,” is there also “moving electricity”?
Yes, that is “electric current.
We will learn more about currents another time.

Now, we have been using the expression “electricity” for a while now, and the thing that causes electrical phenomena to occur is called “Electric Charge”.

Types of charges and electrostatic forces 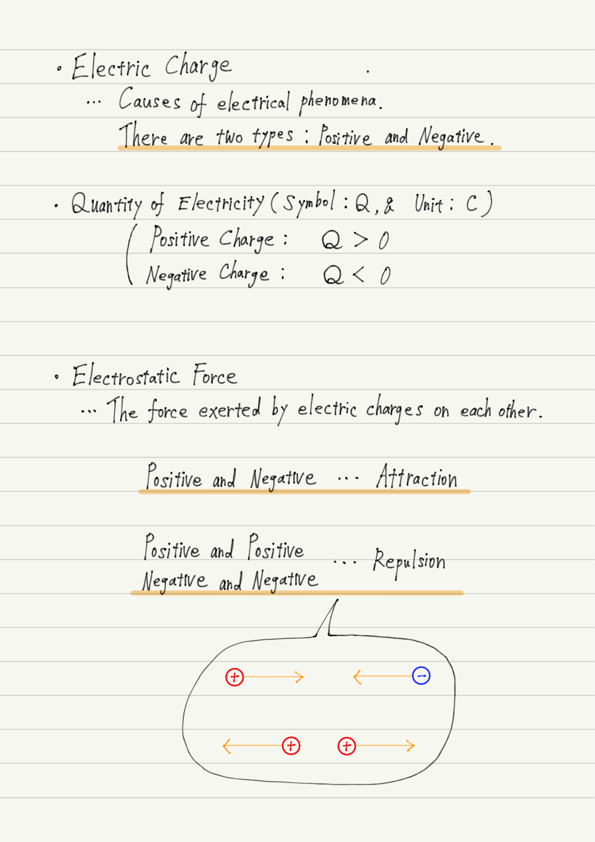