Starting from this lecture, we will learn the calculation of energy.

By the way, can you explain what “Energy” is?

Most of us have never heard the word “energy,” yet most of us can’t explain what energy is.
Take this opportunity to study up!

Energy, in other words, is “the ability to do work” (of course, “work” in the sense of acting force to move an object).

Because of this close relationship between work and energy, the unit of energy is J (joule), the same as work.

Having 1000J of energy means being able to do 1000J of work. Very simple relationship, isn’t it!

Energy possessed by an object in motion

When object A in motion hits object B at rest, it pushes B to move (i.e., do work). 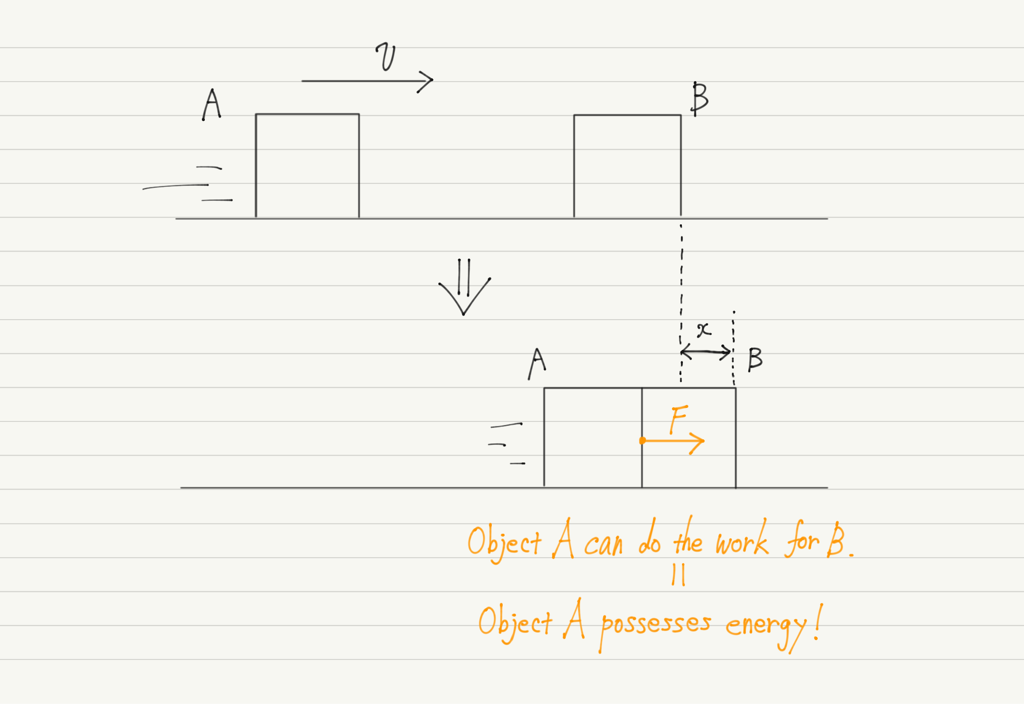 How to calculate kinetic energy

With the above explanation alone, we can quickly answer the question,
“If there are two objects with masses of 10 kg and one is moving at 10 m/s and the other at 20 m/s, which has the greater kinetic energy?”

Of course, the 20 m/s object is larger, but we do not know how much larger than the 10 m/s object.
To find out, we need to be able to calculate the kinetic energy!
This will enable us to make numerical comparisons. 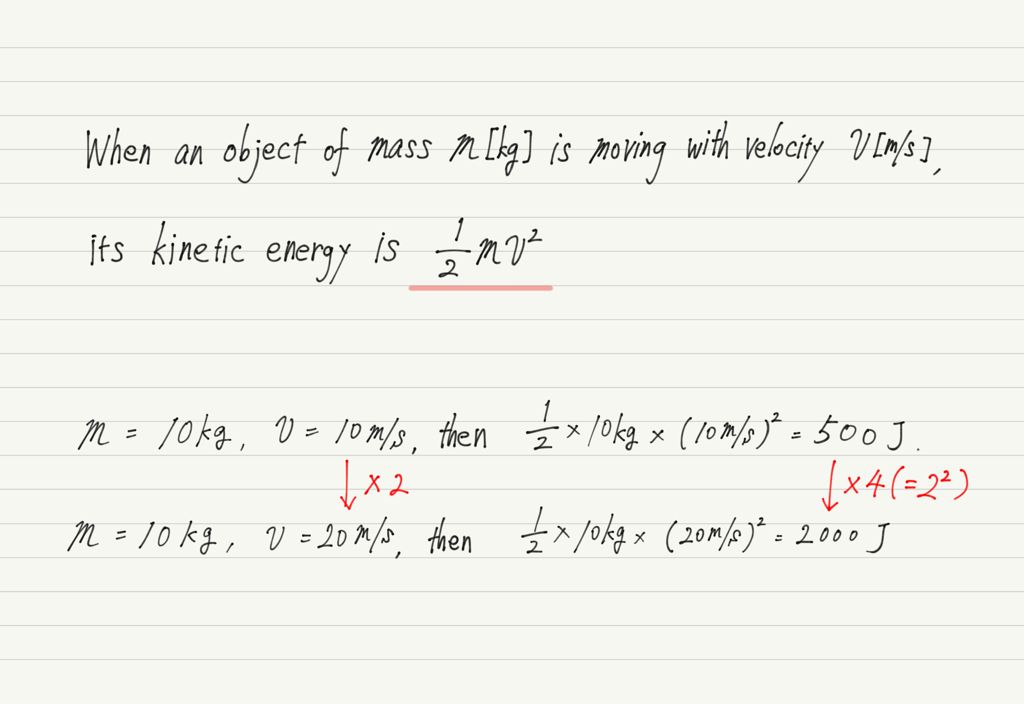 Turns out that even though the velocity doubled, the kinetic energy did not double!
It is a whopping 4 times as much.

Next, let’s look at potential energy.