Before we get into energy in earnest, let’s return to force for once.

Let’s group the forces we’ve learned so far in terms of work!

The figure below shows a room viewed from directly above.
An object at A in the figure is pulled with a constant force of 20 N to move at constant velocity to B.

In this case, we want to consider whether the amount of work done by the kinetic friction changes depending on the path taken when transporting from A to B. 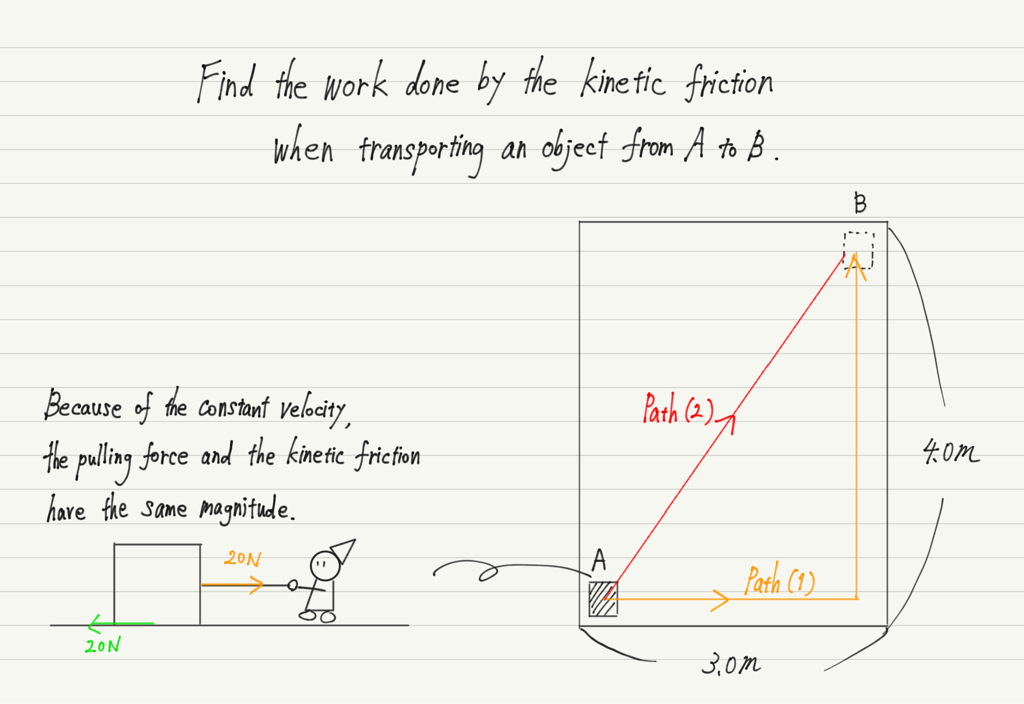 Now let’s do the calculations.

If you do not understand the calculation of this work, review it.

Next, consider the work done by gravitational force in moving an object from a high place to a low place. 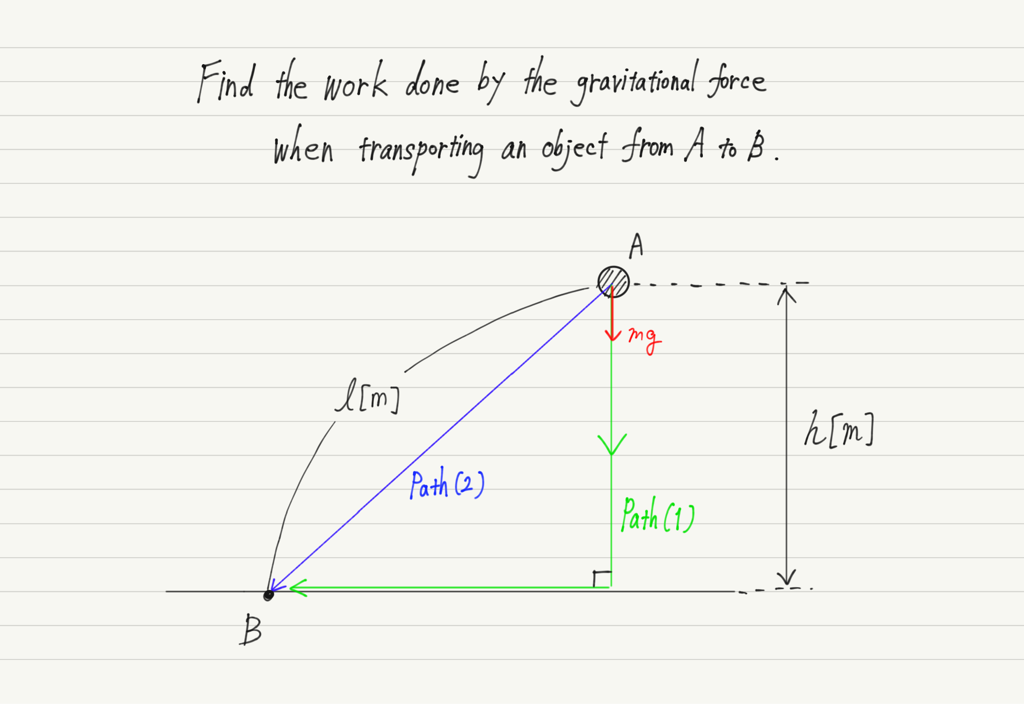 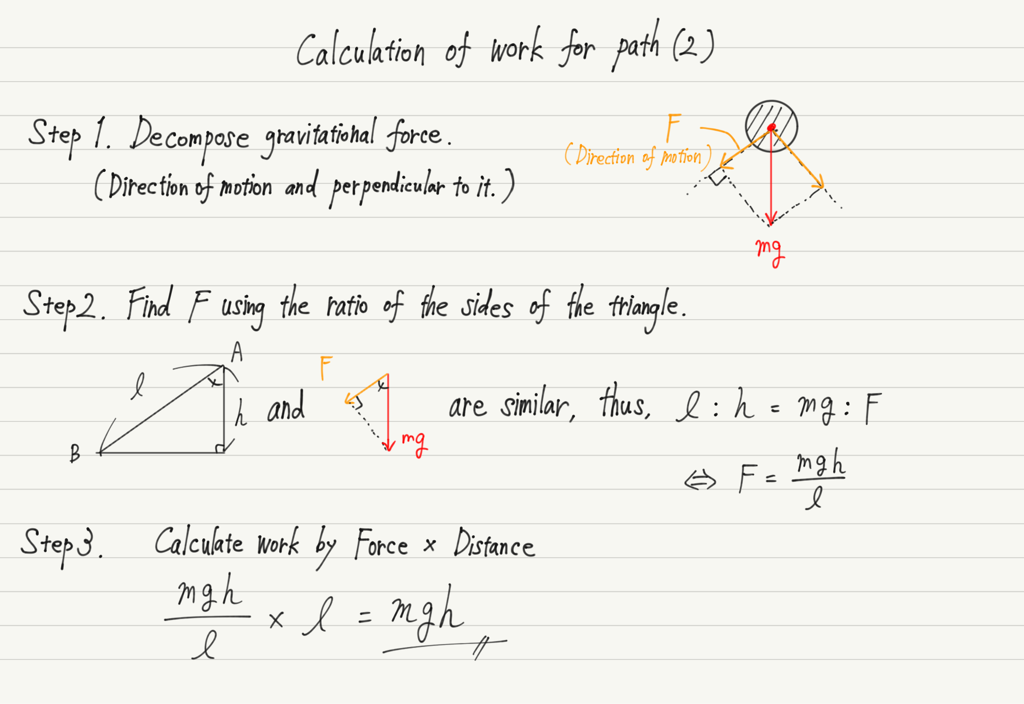 If you would like to review the decomposition of force, please jump to the following link.

Now, if we look at the result of the above calculation, we see that the work done by gravitational force is mgh even in the path of (2)! 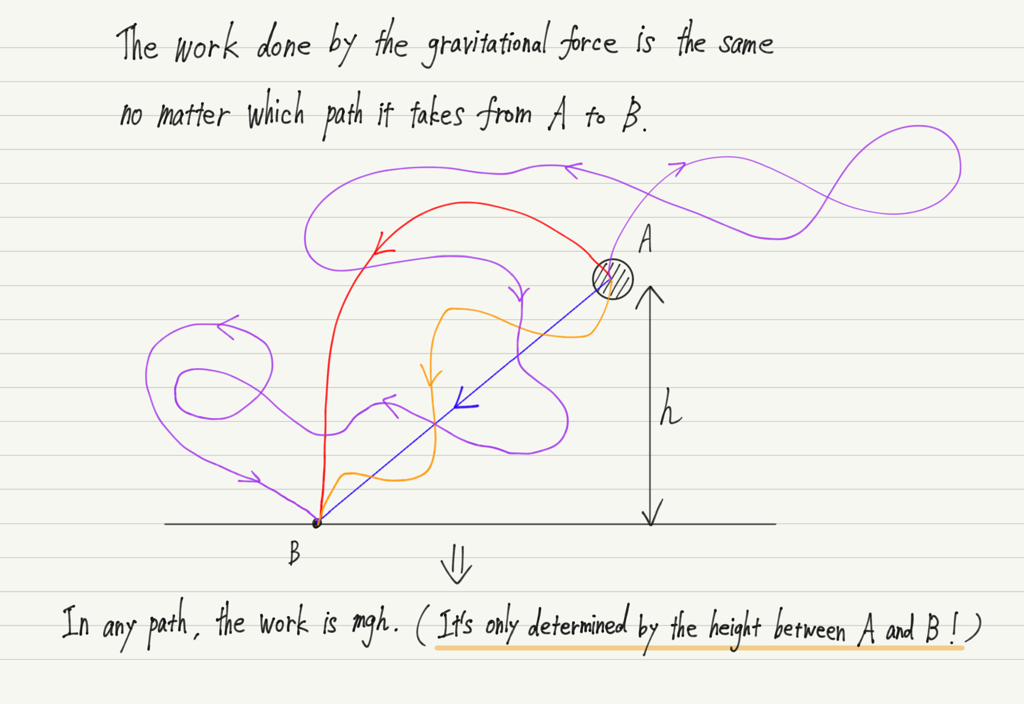 What is conservative force?

A force like gravitational force that does not change its work no matter which path it takes is called a “Conservative force”.

In other words, if you know the starting point and the arrival point, that’s all you need to know to calculate the work!
(For example, the work done by gravitational force can be calculated with only the difference in height h between two points.)

On the other hand, a force such as kinetic friction, whose work changes depending on the path, is called “Nonconservative force”.

The property of conservative forces is very powerful in calculating work.
You absolutely must remember which forces are conservative! 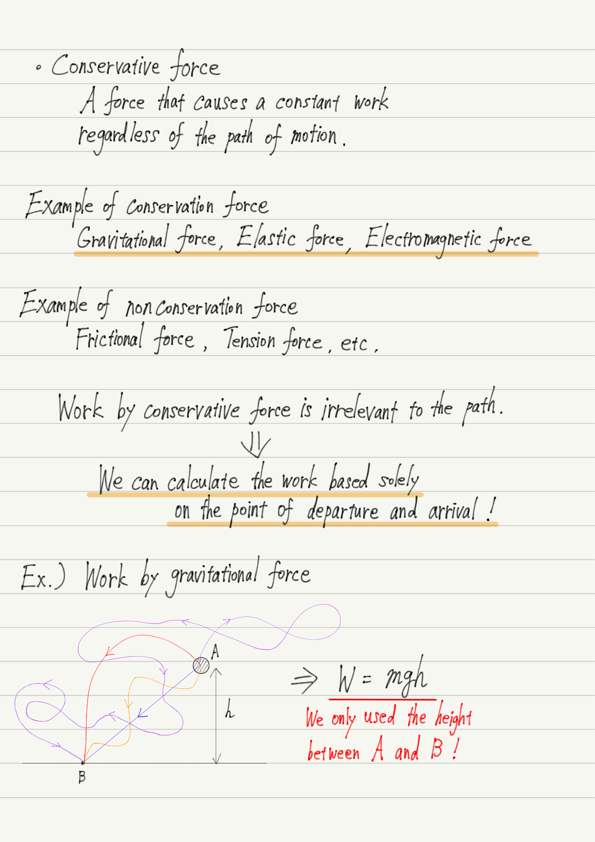