What happens to an object when the forces are not equilibrated? The second law of motion shows us this.

Deciphering the law of motion

Let us introduce the content of the law of motion.

There are several important aspects of this law, the most important being “acceleration”.

However, although it is correct up to the point where “a stationary object starts to move when a force is acted”, many people misunderstand the rest of the story!

“The greater the force acted, the faster the object moves, so speed is proportional to force.”

This is a huge mistake!

Force and Speed are not proportional

Let us consider why this is wrong.

Now, think of a bicycle. At first glance, the proportional relationship seems to be correct, since the harder you pedal, the faster the bicycle goes.

But when you stop pedaling (i.e., the force acted is zero), does your speed become zero?

There is no such thing as a bicycle that stops the moment you stop pedaling!
If you stop rowing, you should still be going at the same speed you were just before you stopped.

So how should we think about it? Actually, the answer lies hidden in the law of inertia!

This is exactly what acceleration is all about!

Newton discovered that force is not related to velocity, but to acceleration

Objects with large mass are hard to stop

Using the law of motion, correctly describe the motion of a bicycle.

Stop pedaling → No acceleration because no force is exerted → Bicycle moves in a uniform linear motion.

The latter part, “acceleration is inversely proportional to mass,” is also important.
This means that the greater the mass, the smaller the acceleration produced by a force of the same magnitude.

Applying this to daily life, for example, when driving a bicycle or a car, the more luggage or passengers you have, the harder it is to slow down (i.e., the longer it takes to stop), so it is good to keep this in mind for safe driving.

Express the law of motion in equations 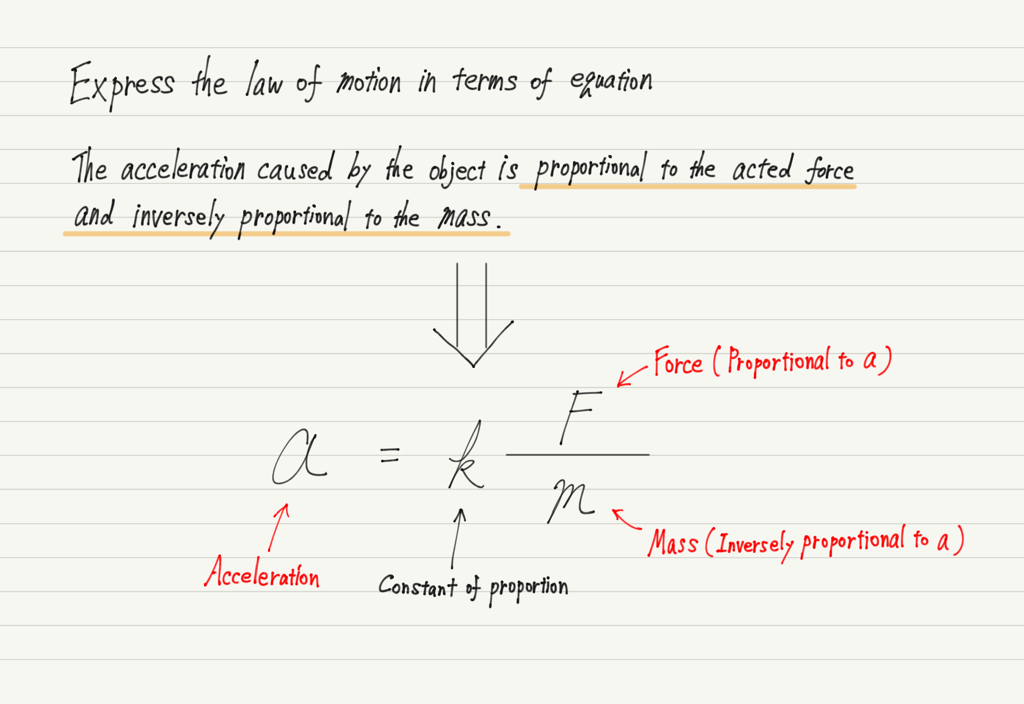 This formula is not used as is, so there is no need to memorize it.
Just make sure that you can write it as an equation because it is proportional and inversely proportional.

Finally, the unit of force “N (newton)” can be defined here.

You may have heard that the magnitude of gravity acting on a 100 g object is approximately 1 N, but that is not accurate.
In fact, the unit 1 N is defined using the law of motion. 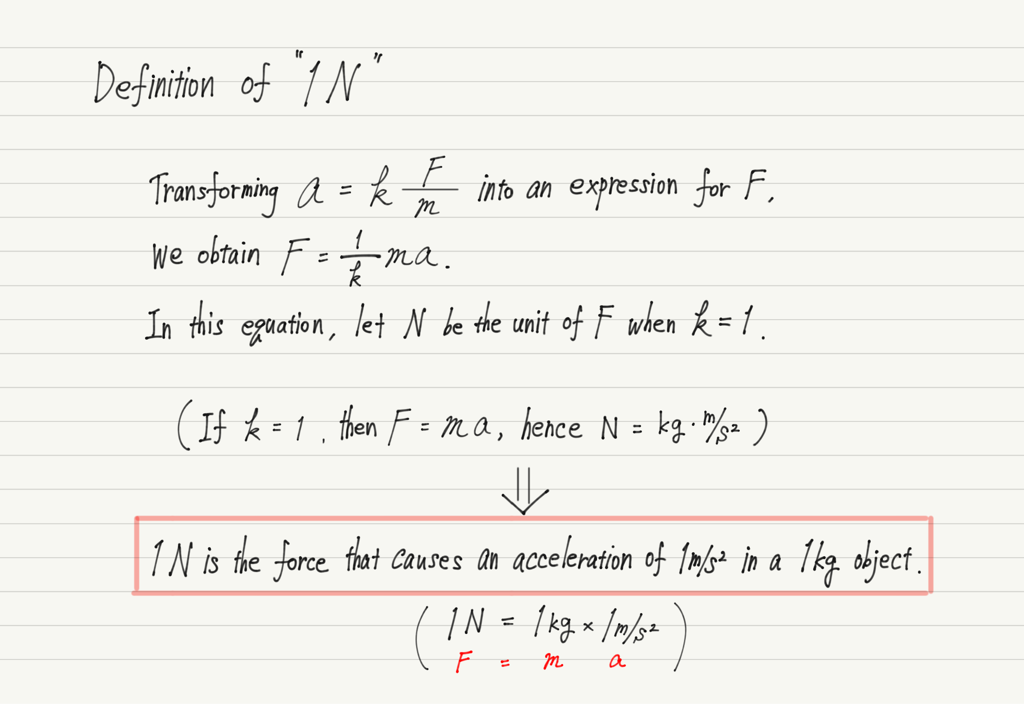 Now that we have determined 1 N, let’s continue to treat the proportionality constant k of the law of motion as 1!

This lecture has been a long one, so I will end this session with a summary of the content of the lecture up to this point. 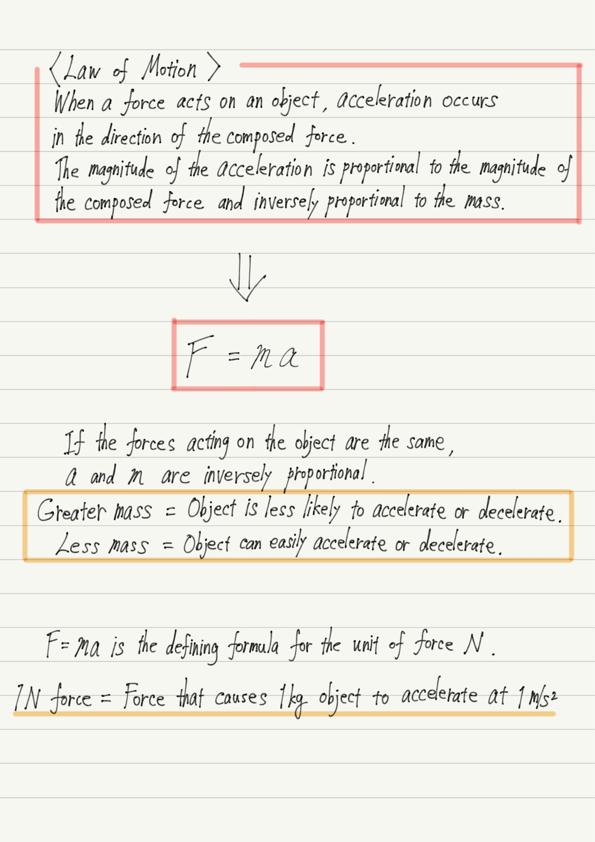 The laws of motion are still deep, so we’ll continue this next time!