Continuing from the previous lecture, this time we will again deal with frictional forces. First, let’s review the static friction we studied last time.

This is all we have talked about so far in the previous lecture.
This time, let’s learn about the frictional force after it starts moving!

Frictional force when an object is moving

Kinetic friction is a force that acts in the direction that interferes with movement.
This is similar to your image of frictional force, isn’t it?

Relationship between the two coefficients of friction 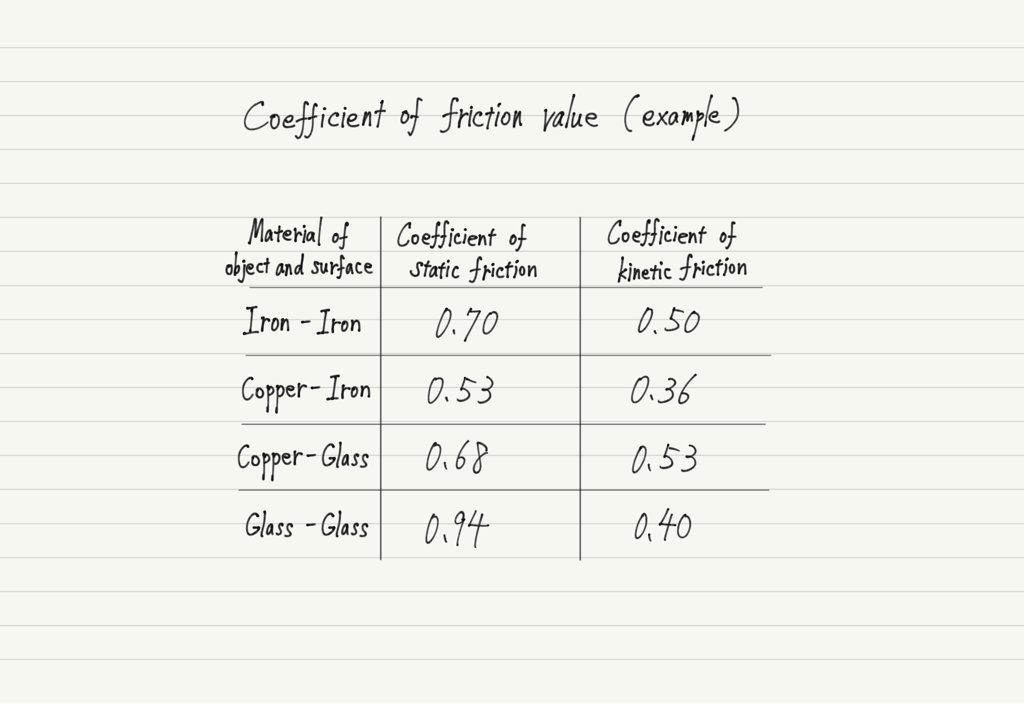 Notice the relationship between the static and kinetic coefficients of friction in the table above.
All of them have μ>μ’ !

Finally, it is clear from the formula that the magnitude of the kinetic friction remains constant while the object is in motion!
This is a major difference from the static friction, which changes its magnitude depending on the force applied. 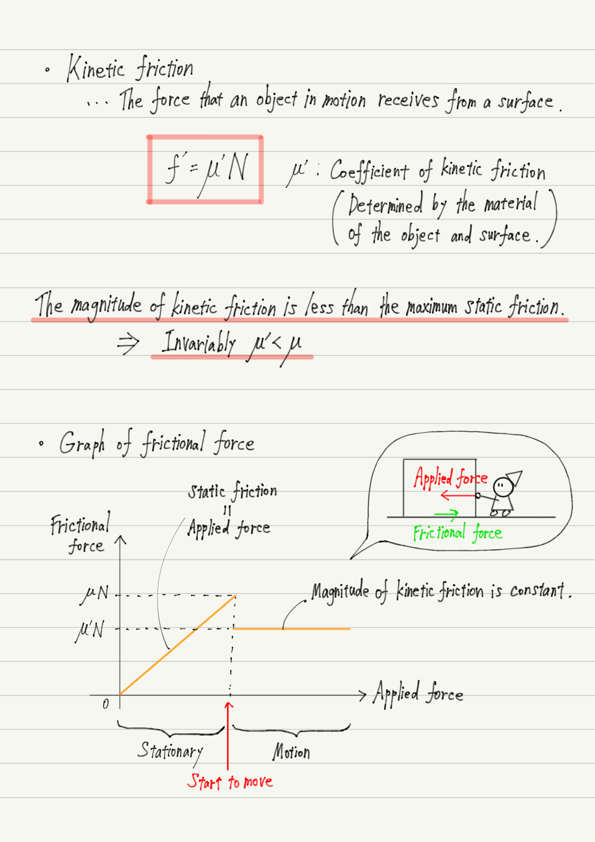 This is the end of a series of articles introducing various types of force.
In the next lecture, we will deal with force calculations.