The topic of this lecture is normal force. There will be no calculations, so this will be a short article.

What is normal force?

Consider placing an object on a surface (floor or desk).
Unless the object is very heavy or the surface is very brittle, the object should remain stationary on the surface.

Let us consider the force acting on the object in this common situation.
Since the object is subject to gravitational force, it will try to fall downward.
However, the object on your desk does not break through the desk and fall down. What does this mean?

The fact that the object does not fall in spite of the gravitational force means that an upward force is also acting.
Where does the upward force come from?
The answer, of course, is the surface on which the object is placed!
Such a force that a surface supports an object is called a normal force.

Is normal force a supporting force?

Please refer to the summary note for examples of lateral and downward normal forces at work. 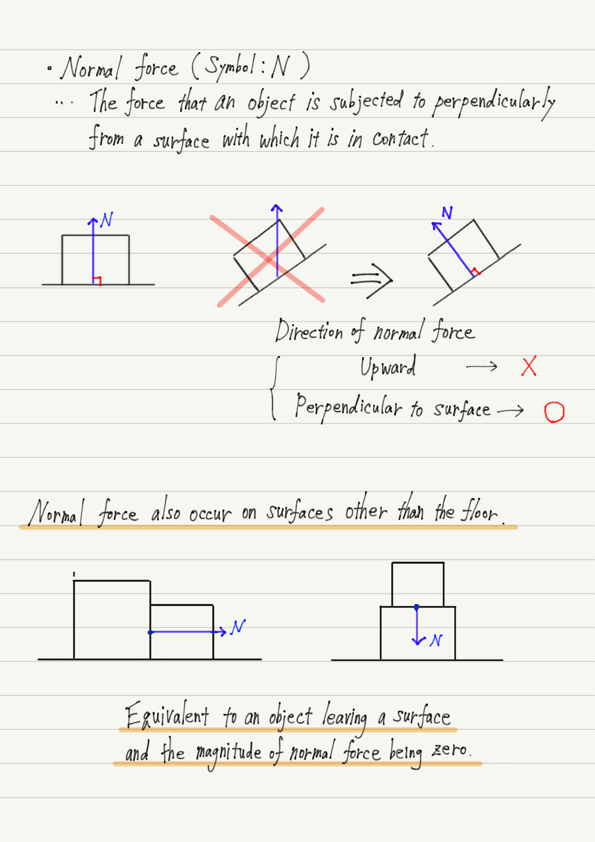 Next time we’ll learn about springs!