An object thrown upward reaches the highest point and then turns around and falls, which is also a type of falling motion.

Throwing up seems difficult at first glance because the direction of motion changes during the process, but the important thing to remember is that the object is in motion only under gravity, both when it is moving upward and when it is falling downward.
This means that vertical throw up is also a uniform accelerated motion.

Check it out in the figure! 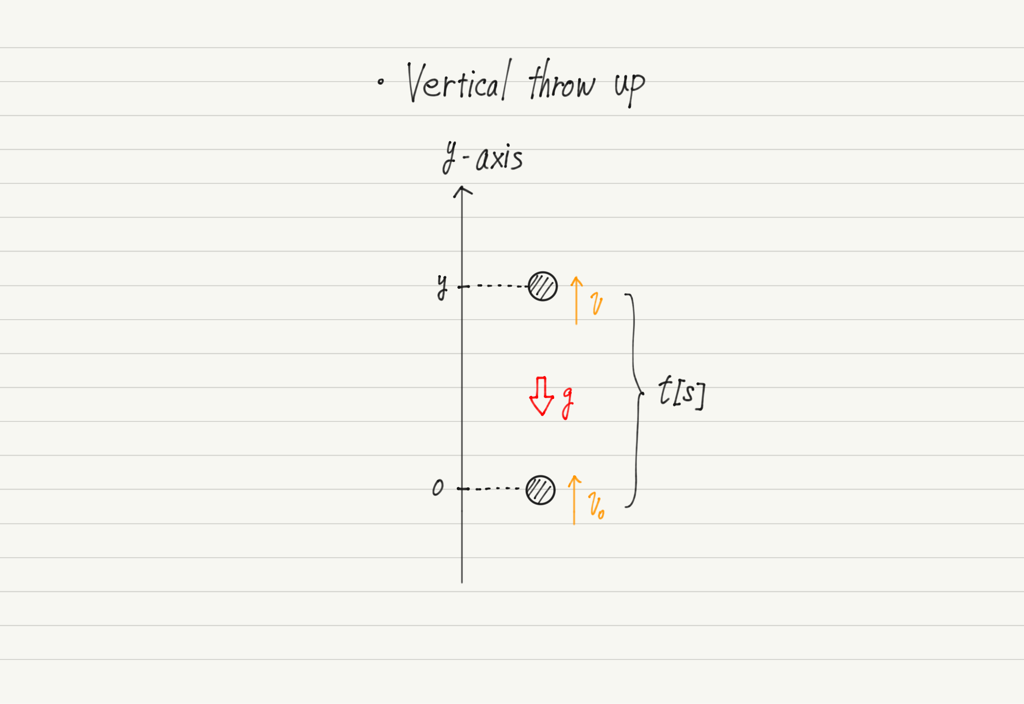 Since the upward direction is positive, gravitational acceleration occurs in a negative direction.

I am tempted to reconsider, “It would be troublesome to have a minus sign, so shouldn’t the axis be positive downward?”
But if you do so, a minus value is attached to the initial velocity.

Graph of vertical throw up

Let’s also look at the graph of a vertical throw up. Since acceleration is negative, the v-t graph will look like the one below. 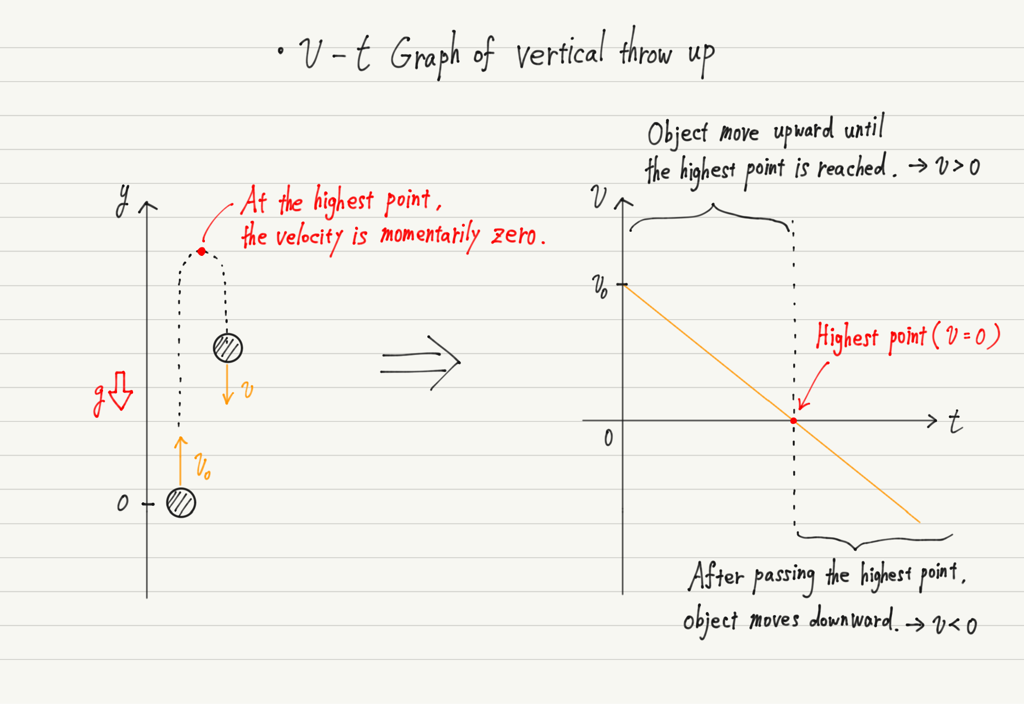 The “Highest point = Zero velocity” is often used when solving problems.
Instead of memorizing it, please visualize the motion and be convinced that “At the highest point, the motion is stationary (only for a moment)”.

The y-t graph then follows from the throw up formula 2). 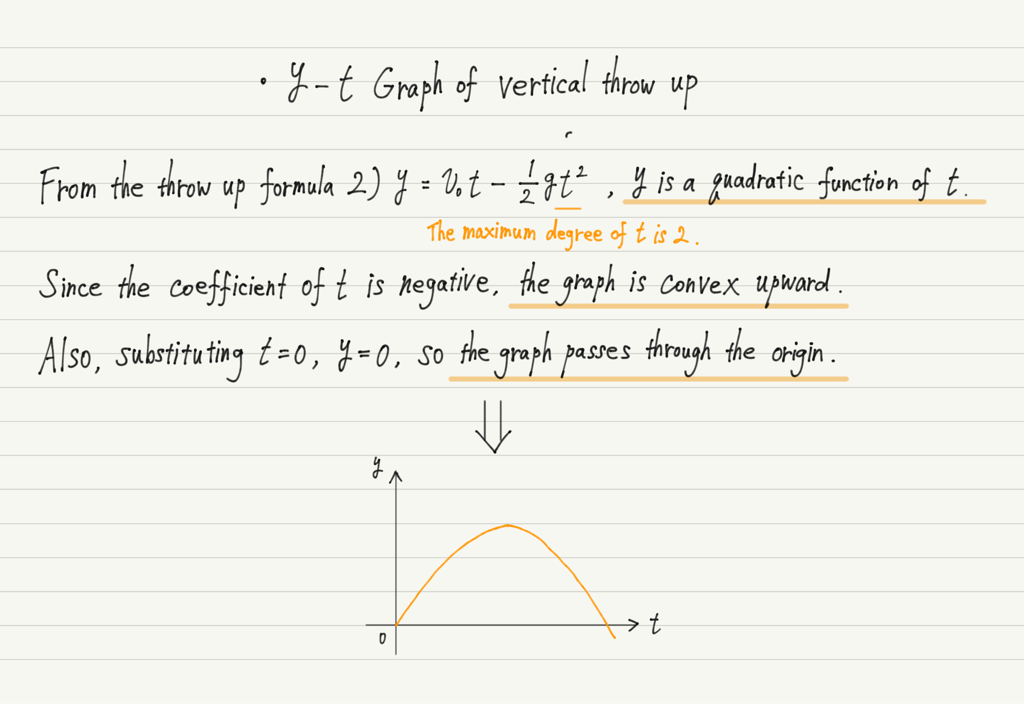 This leads us to another important point. 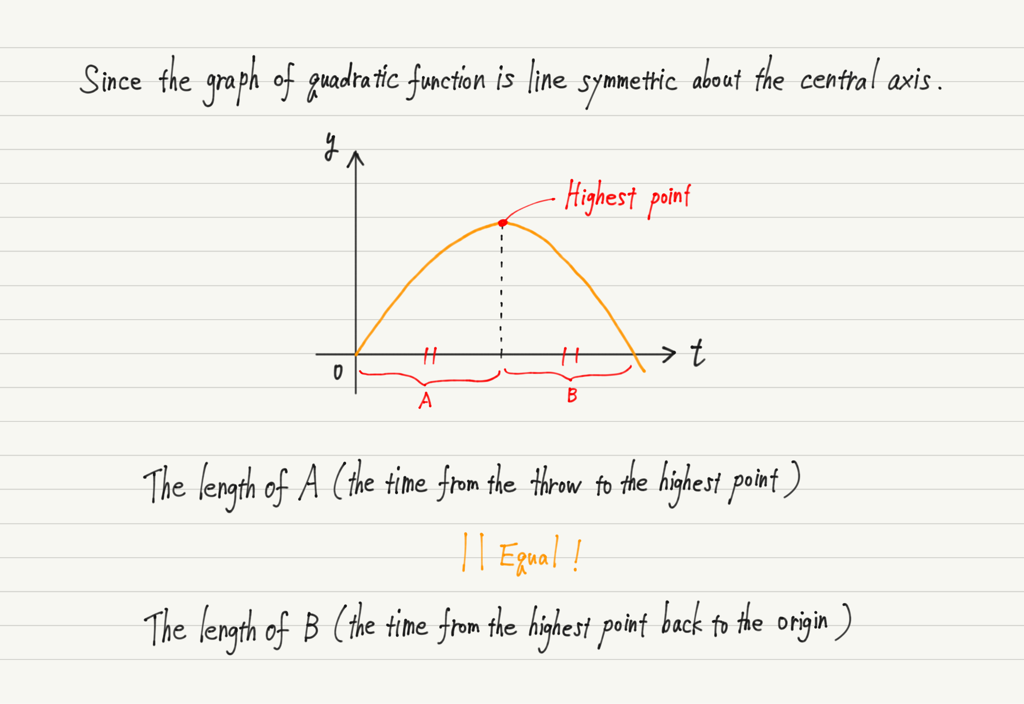 Knowing the symmetry of this motion will be a big help when solving problems, so be sure to keep it in mind! 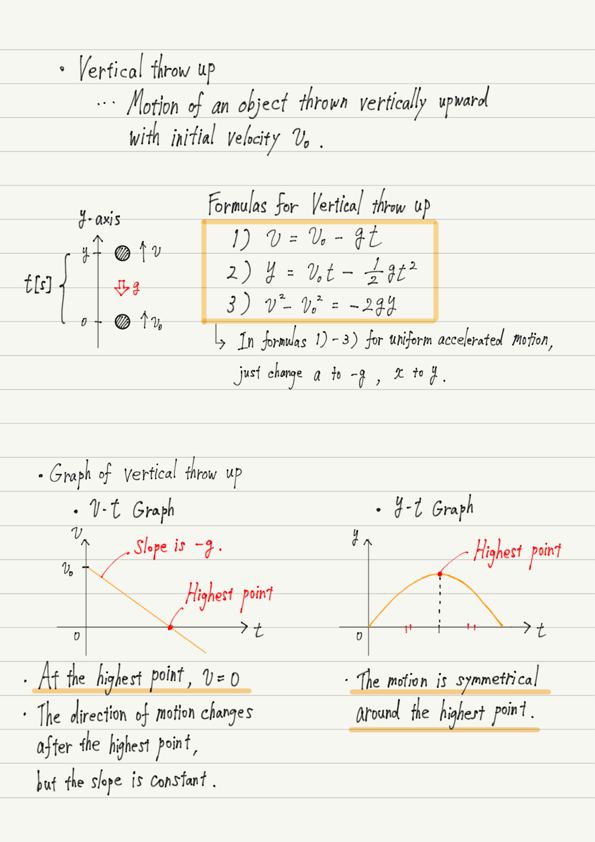 From the next lecture, we will study forces, which are the key to mechanics.