As long as it’s a uniform accelerated motion, the three formulas we did before should apply!

Now, let us check the specifics.

First, consider the motion of throwing an object vertically downward. 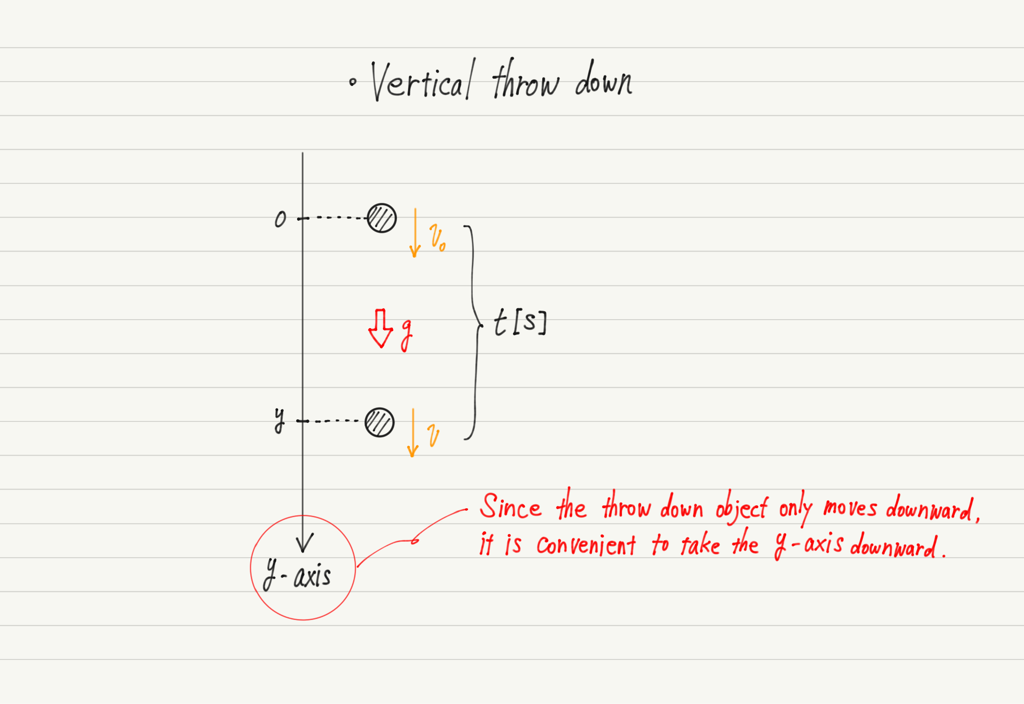 Compare this figure with the figure of uniform accelerated motion from the previous lecture. 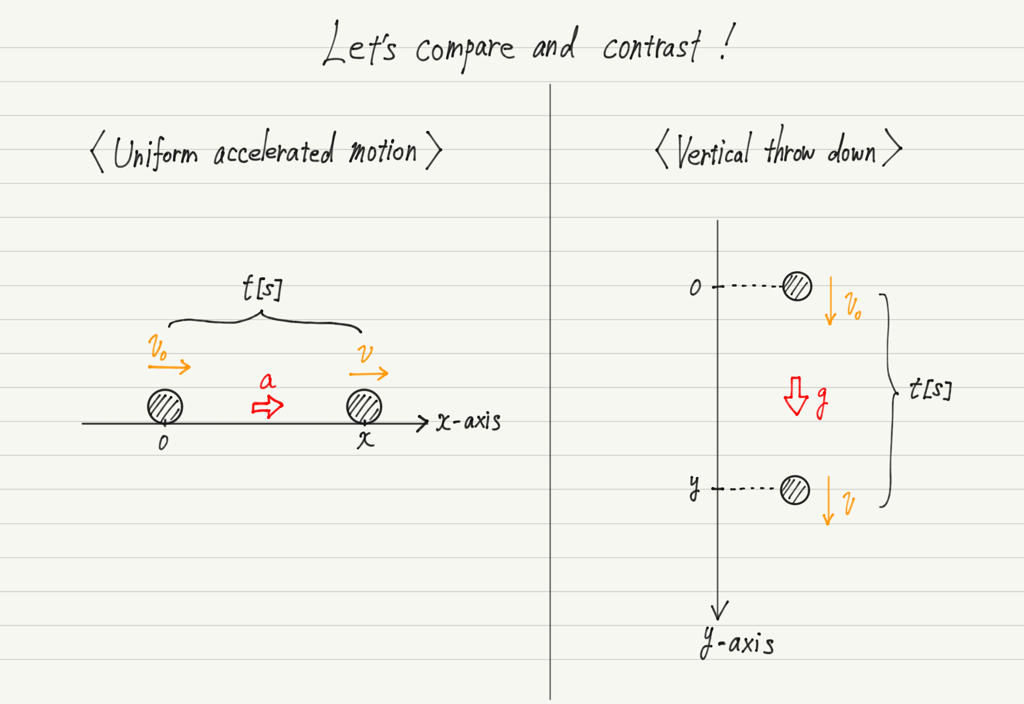 As you can see, the two figures are quite similar. Not only are they similar, they are almost identical if you change the direction of view!

The only difference is that the acceleration a is the gravitational acceleration g.
（The y-axis is used for the vertical axis; the x-axis could have been left as is, but many textbooks use the y-axis, so I followed that.）

Since the only difference is the direction, the formulas for vertical throw down and for uniform accelerated motion have the same form.
(See summary note at the bottom of this article)

There are several more formulas for falling motion, but it is inefficient to memorize formulas that have the same shape each time.

Therefore, for falling motion, it is important to be able to derive the formula by yourself based on the formula for uniform acclerated motion. I have written about this in the summary note, so please check it carefully.

Since it is no different from a throw down except for the difference in initial velocity, the free-fall formula takes a much simpler form. Let’s check this in the summary note as well. 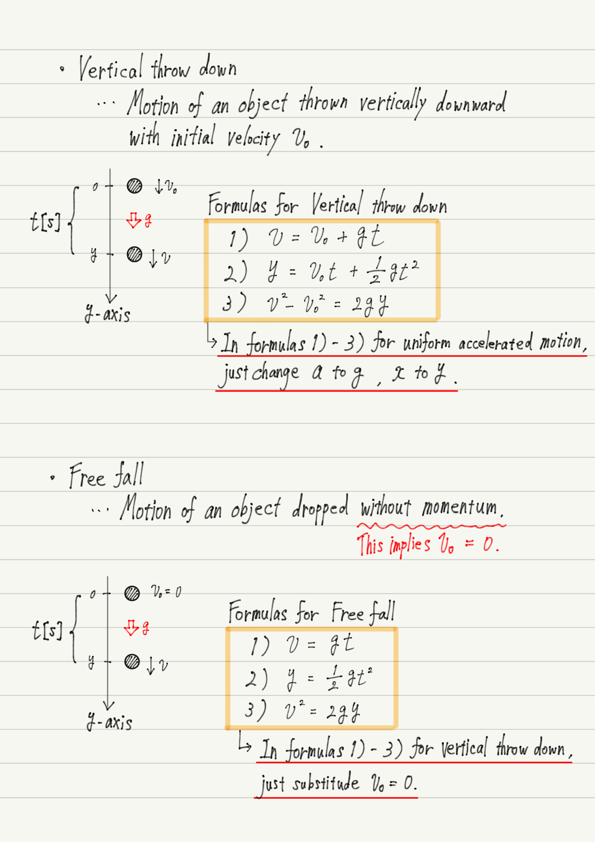 Learn about the upward throwing motion in the next lecture.