When we apply a force to an object to move it, the concept of work is important, and we have learned how to calculate it.

So what should we do in the following cases? 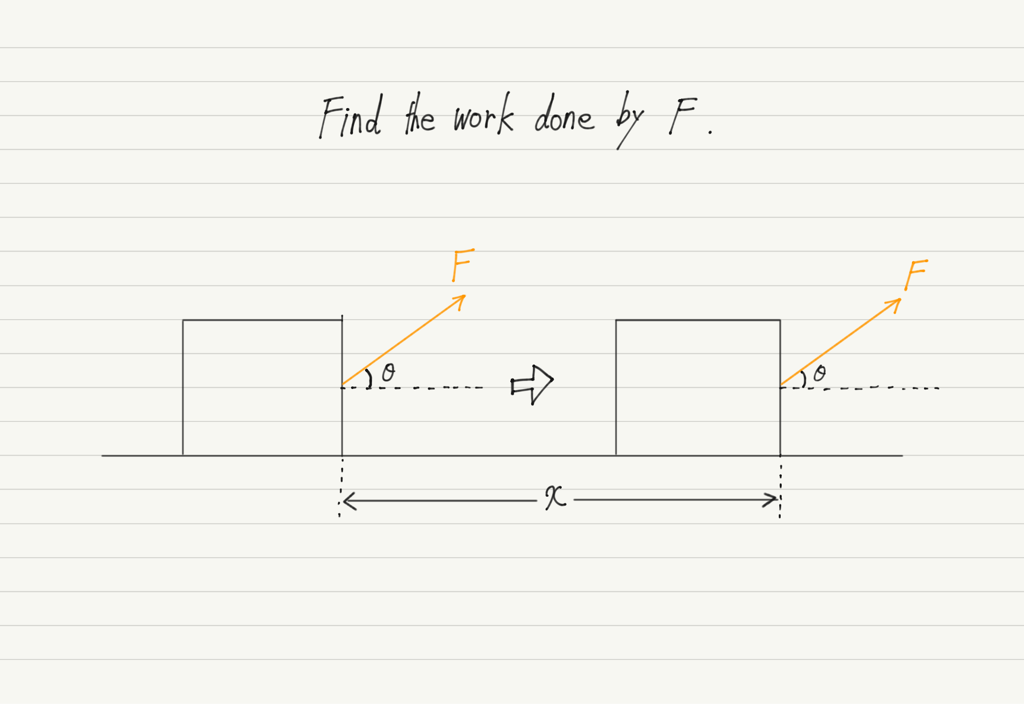 The force is directed at an angle to the direction of movement!
For example, this is the situation of walking while pulling a suitcase. 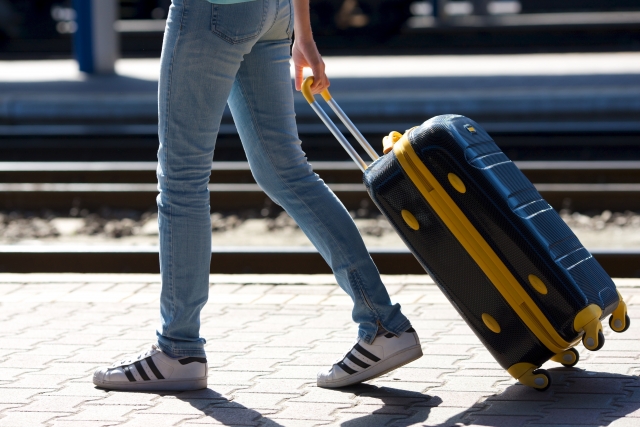 (The suitcase is being pulled obliquely, but the direction of movement is horizontal.)

Using the formula presented here, we can calculate the work in such a case!

Some time ago, I explained decompositions using trigonometric ratios. 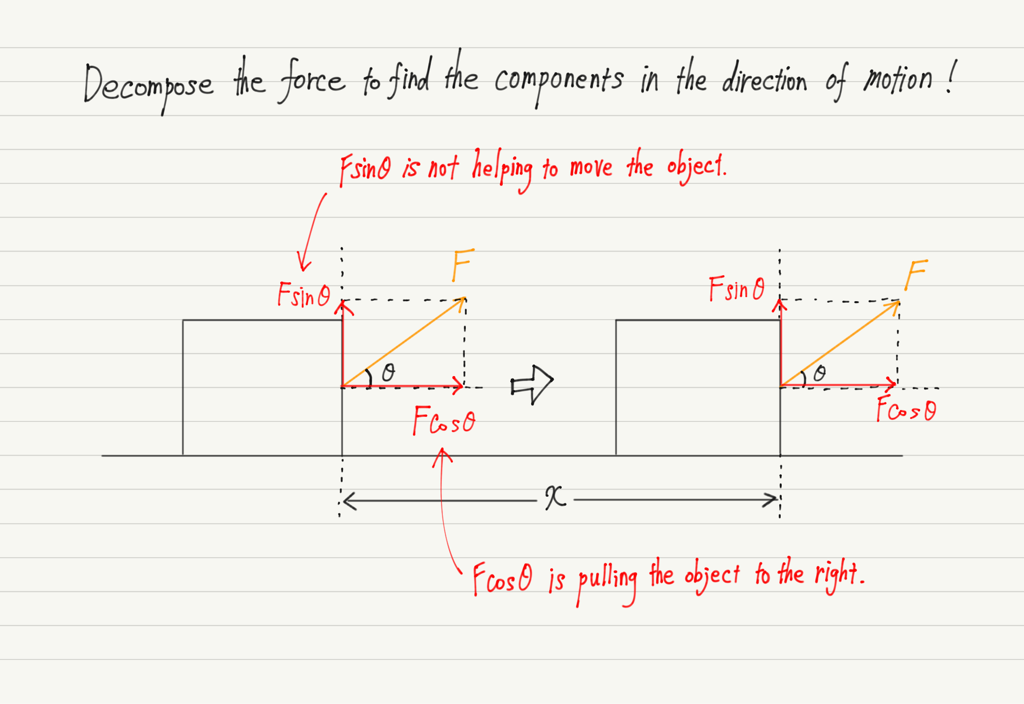 By decomposing the force in this way, we find that “the magnitude of the force that actually moves the object in the direction of movement is Fcosθ”.

Thus, the work W can be calculated as force (Fcosθ) × distance (x), where W = Fxcosθ.

In the previous lecture, I introduced three patterns without using cosθ for those who are not familiar with trigonometric ratios, but all three can also be derived from the present formula!

Trigonometric ratios are really handy when they work!
I will note the details in a summary note. 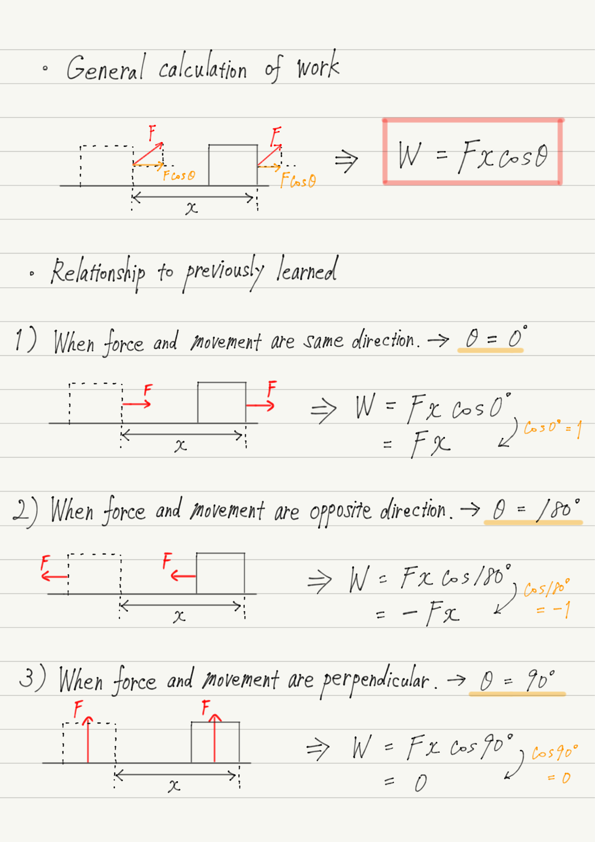