In this lecture, we’ll pick up where we left off in the area of force!

Before we talk about fluid pressure in the title, let us first review pressure.

When you touch the tip of a thumbtack with your finger, all the force applied to your finger is concentrated on a single point on the tip of the pin, which is why it feels painful.
From this we can say that pressure is related to the area over which the force is applied! 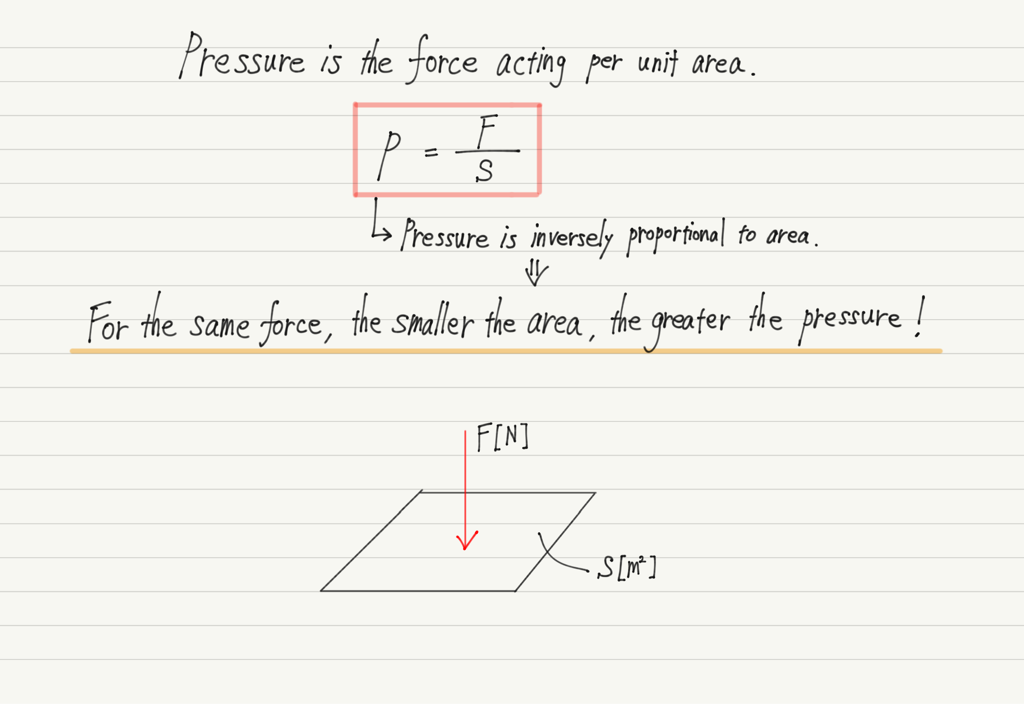 Simply put, fluid pressure is the pressure due to the weight of water on an object.
Let us find the fluid pressure that an object at a depth h from the water surface is subjected to. 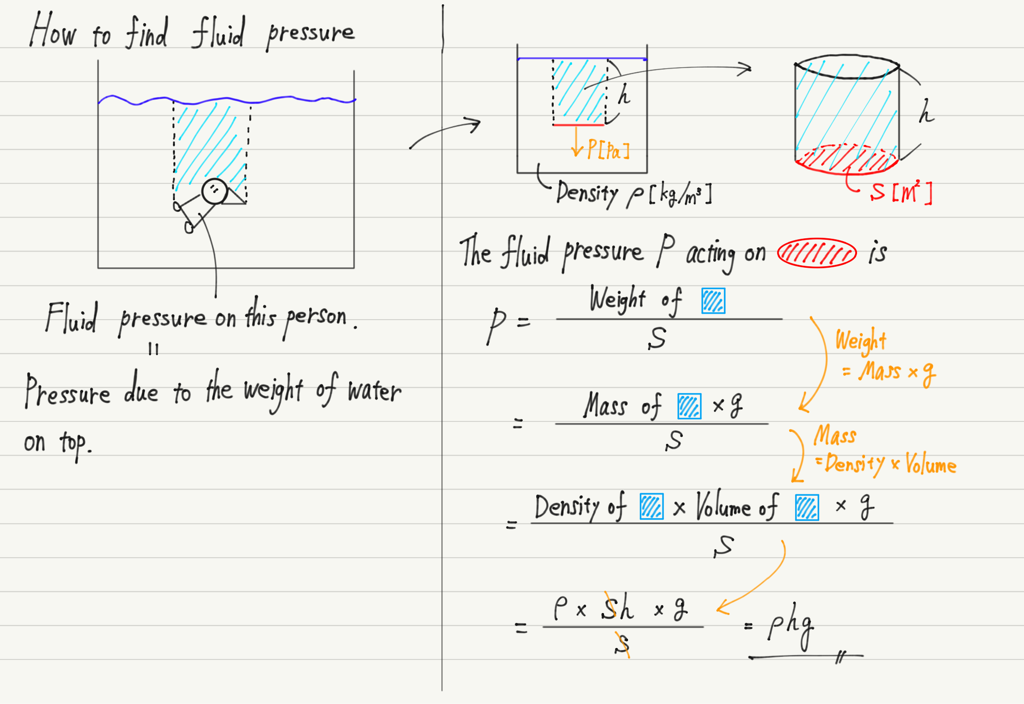 Since the area S disappears in the middle of the calculation, we see that the fluid pressure is independent of the area and is determined only by the depth.

A note of caution here. In the figure above, it looks as if fluid pressure is applied downward, but in reality it is applied from all directions.

You are probably familiar with buoyancy.
Yes, it is the force that tries to lift you up when you dive into a pool!

The reason for buoyancy is the difference in fluid pressure with depth. 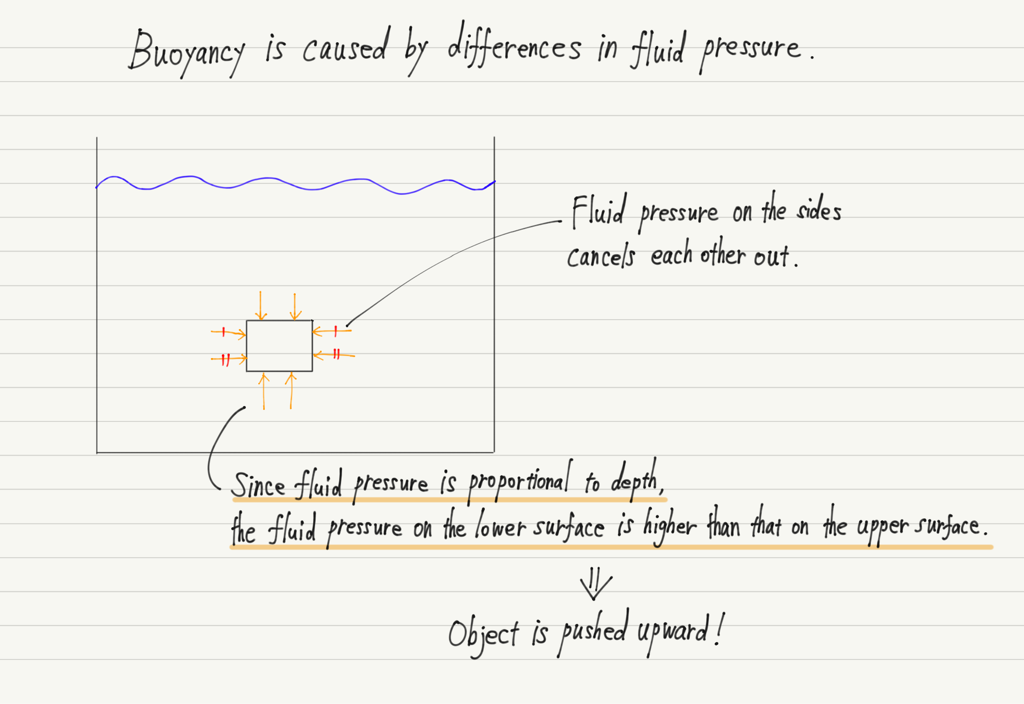 Now that we know the principle of buoyancy, let’s use the fluid pressure equation we just learned to find the magnitude of the buoyancy force! 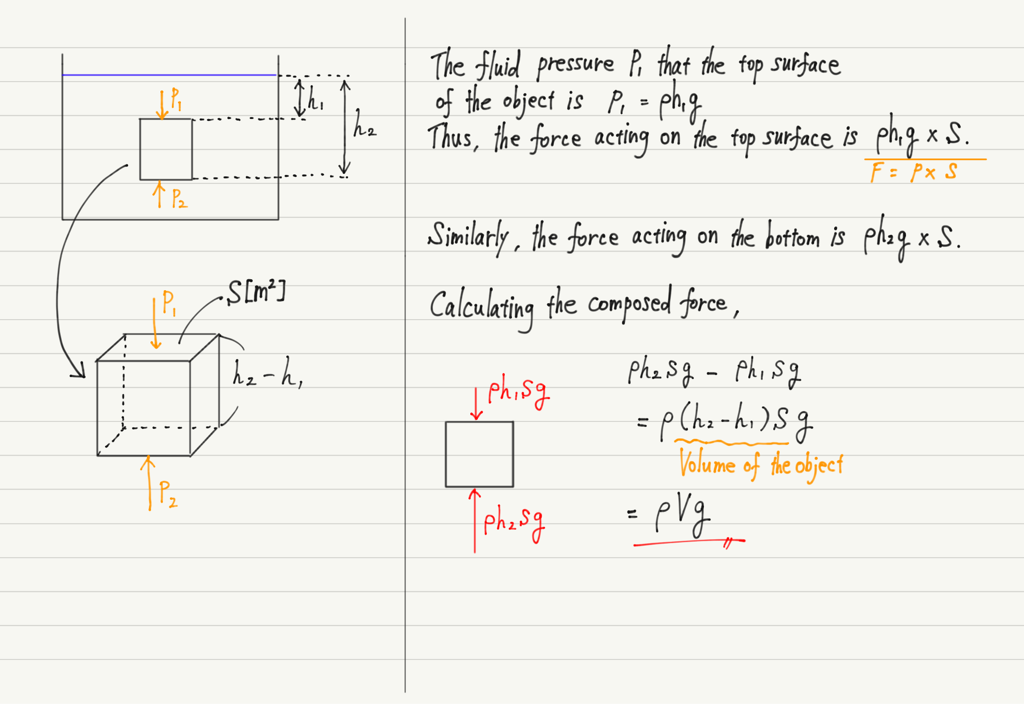 Thus, the magnitude of the buoyancy is found by
“Density of liquid × Volume of object × Gravitational acceleration”.
(Do not confuse “liquid” and “object”!)
This formula is called Archimedes’ principle.

As a side note, buoyancy works not only on objects in liquid, but also on objects in gas.
For example, since we live in the air, our bodies are constantly buoyed by the air!

Therefore, when writing about forces acting on objects, it is usual to omit the buoyancy from air, except for objects that are particularly light.
Buoyancy in liquids is not negligible, so be careful not to forget to include it! 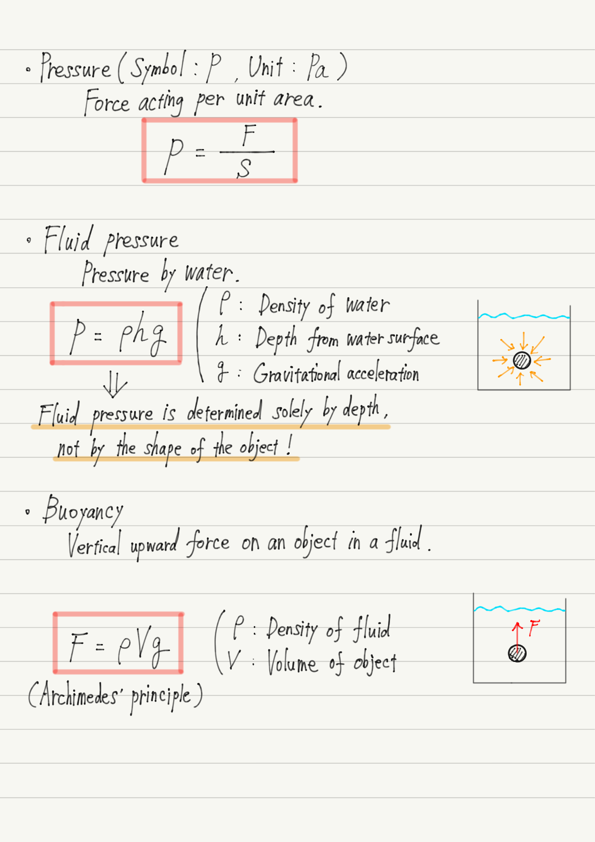